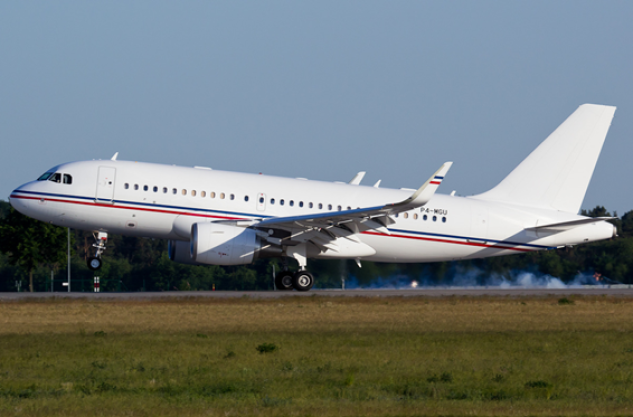 
The United States of America has been authorized to seize an Airbus A319-100 (the Airbus) owned and controlled by sanctioned Russian oligarch Andrei Skoch, pursuant to a seizure warrant from the U.S. District Court for the Southern District of New York, which found that the airplane is subject to seizure and forfeiture based on probable cause of violation of the federal anti-money laundering laws.

According to the seizure warrant and affidavit sworn out today:

Pursuant to the International Emergency Economic Powers Act (IEEPA), the National Emergencies Act (NEA), and Executive Orders Issued by the President of the United States, the U.S. Department of the Treasury’s Office of Foreign Assets Control (OFAC) designated Andrei Skoch as a Specially Designated National (SDN) on or about April 6, 2018 “for being an official of the Government of the Russian Federation,” “a deputy of the Russian Federation’s State Duma,” and because of his “longstanding ties to Russian organized criminal groups, including time spent leading one such enterprise.” After Russia invaded Ukraine in 2022, OFAC issued further sanctions against Skoch and his assets. On or about March 24, 2022, OFAC designated Skoch and other members of the Duma for “support[ing] the Kremlin’s efforts to violate Ukraine’s sovereignty and territorial integrity.” On or about June 2, 2022, OFAC identified the Airbus as blocked property in which Skoch had an interest.

Skoch is the beneficial owner of the Airbus through a series of shell companies and trusts tied to his romantic partner. After OFAC designated Skoch in or about April 2018 and continuing through in or about at least in or about 2021, U.S. dollar transactions were made to pay for the registration of the Airbus in Aruba and for aviation insurance premiums for the Airbus, each of which was a necessary expense to maintain and operate the Airbus.

The Airbus, bearing tail number P4-MGU and serial number 5445, is believed to be worth more than $90 million.