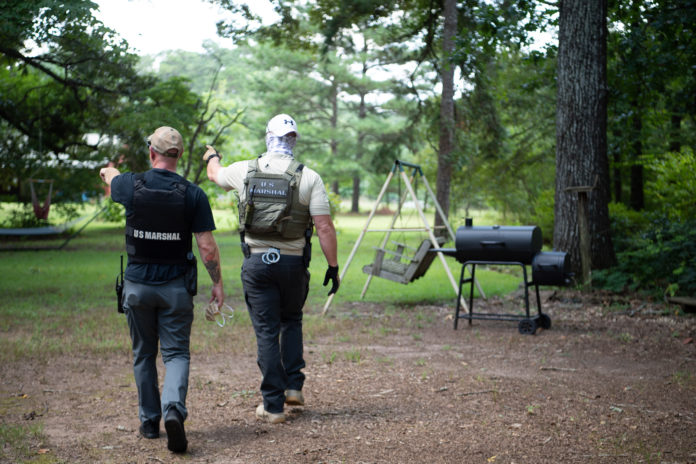 
New Orleans, LA – This past Friday, the United States Marshals Service concluded Operation Washout New Orleans.  The operation targeted some of the area’s most dangerous and violent fugitives.  Beginning on October 31, Operation Washout New Orleans was a 12-day operation that resulted in 44 arrests, including 13 arrests for homicide charges, 8 arrests for aggravated assault/battery, 6 arrests for armed robbery and 7 arrests for sex offenses.  Additionally, officers seized 19 firearms, $13,000 in U.S. Currency, and approximately 464 grams of narcotics.

The U.S Marshals Service was the first federal law enforcement agency in the United States and serves as the federal government’s primary agency for fugitive investigations.

Nearly three weeks after the Idaho student murders shocked the college town of Moscow, investigators have backtracked on some of END_OF_DOCUMENT_TOKEN_TO_BE_REPLACED