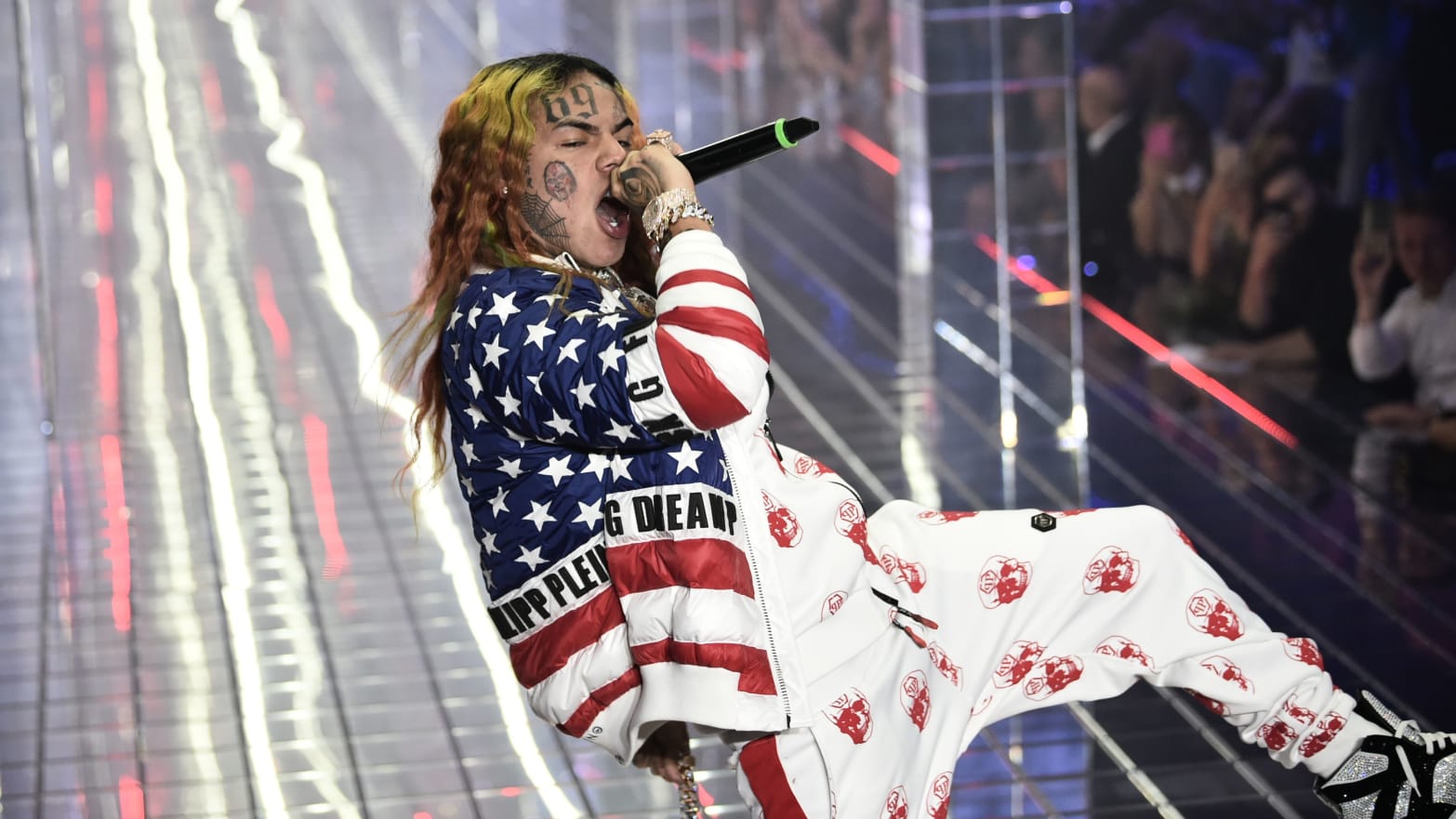 Five members of Tekashi69’s private security team—including a former NYPD officer—have been indicted after they went on a 20-block car chase in Harlem in pursuit of a fan who tried to capture video of the rapper on his cellphone, according to the Manhattan District Attorney’s Office.

The New York Supreme Court has charged the defendants with robbery in the first and second degrees, as well as criminal impersonation in the first degree. A press release from Manhattan D.A. Cyrus R. Vance Jr.


states that the security crew chased a 34-year-old man down in three SUVs equipped with flashing lights and sirens.

Among the defendants is 44-year-old Daniel Laperuta, a retired NYPD detective who allegedly impeded the victim’s efforts to get help. When the victim attempted to flag down a police car, Laperuta flashed his NYPD Member of Service card and told the officers that the victim had attacked the defendants with a firearm before the fracas began, the release states.

Laperuta then allegedly rejoined the chase—which ended when the SUVs boxed the victim’s car in, forcing him to pull over before one of the security guards allegedly opened the car door, unbuckled the victim’s seatbelt, and pulled on his arm, knocking the phone out of the victim’s reach while another man stomped on it. The group fled, the release states, when an unmarked police car approached with flashing lights.