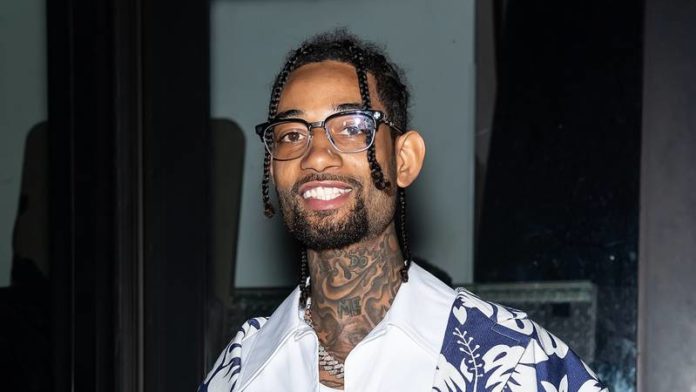 
Los Angeles County District Attorney George Gascón announced today that a father and his 17-year-old son have been charged with killing rapper PnB Rock at a South Los Angeles restaurant earlier this month.

“The murder of Mr. Allen dimmed a bright light in the lives of his fans, friends and most importantly his family,” District Attorney Gascón said. “The accused individuals’ alleged actions in this case were heartless and cruel and robbed the world of Mr. Allen’s talents.

I thank the investigators who presented the case to my office. As we do every single day, we will work diligently to make sure that those responsible for taking the life of an innocent victim are held accountable.”

Freddie Lee Trone was charged today with one count of murder and conspiracy to commit robbery and two counts of second-degree robbery. Shauntel Trone faces one count of accessory after the fact.

The minor was charged with one count each of murder and conspiracy to commit robbery. He also faces two counts of second-degree robbery.

On September 12, 30-year-old Rakim Allen, known as PnB Rock, was fatally shot during a robbery at Roscoe’s House of Chicken & Waffles.

The teen and Shauntel Trone were later arrested. Freddie Lee Trone fled and has not been arrested.