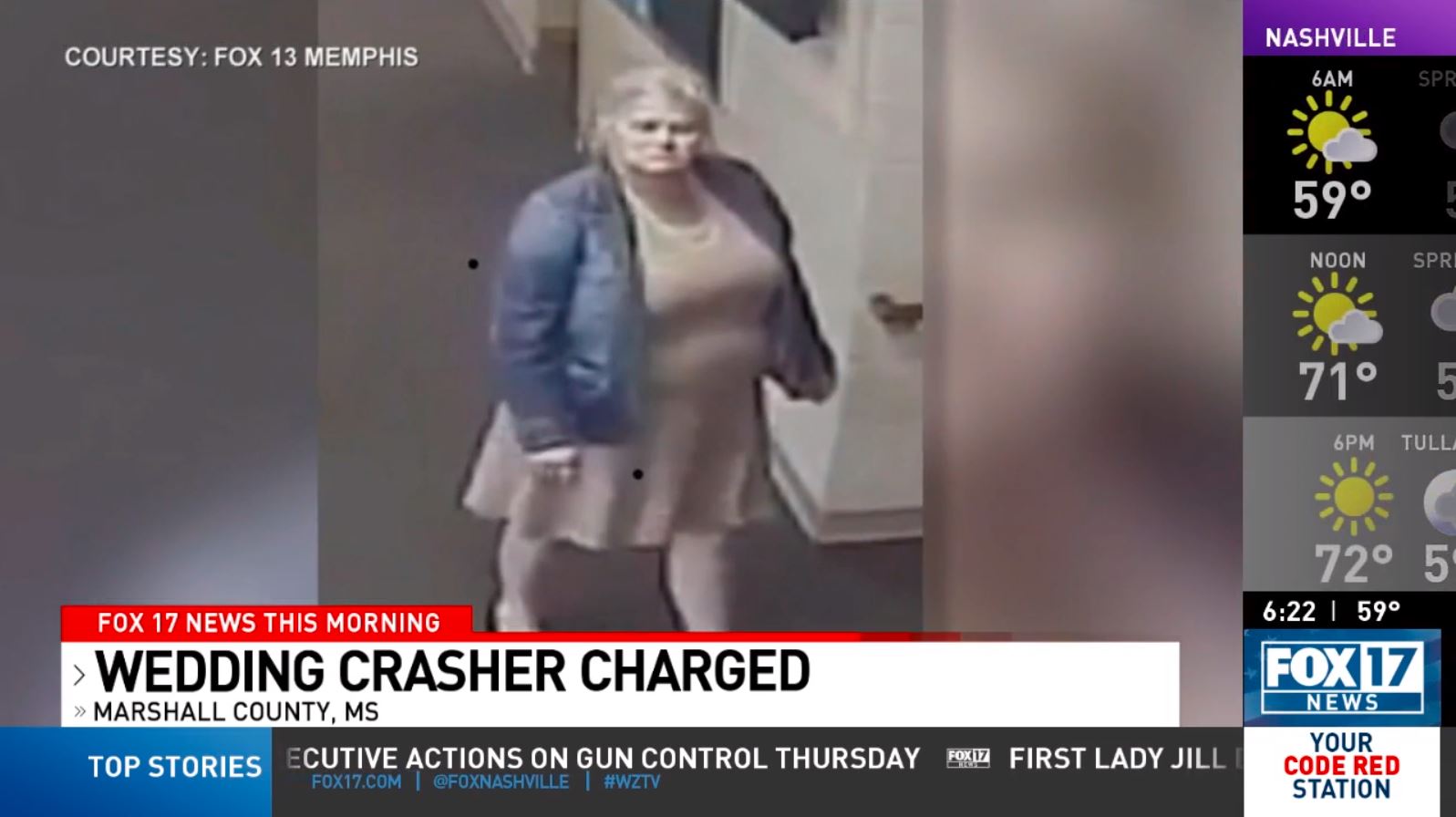 A Mississippi woman is facing charges after being the ultimate wedding crasher, authorities say.

The woman accused of showing up to several weddings uninvited and then stealing money and gifts from the guests and bridal party has been arrested, FOX 13 News reports.

“I looked at her and said, ‘Who are you?’ Who do you know at this wedding?’ and she just smiled at me, waved and walked off,” Brittney Rivera, who got married last November in Collierville, said.

That woman is Sandra Henson and she has a history of this kind of theft.

Police records show she was charged back in 2019 in Florence, Alabama from stealing from weddings there.

A Tennessee man says Henson also stole from his wedding in 2018.

“She’s been doing this for a long time spanning over several states. It’s disgusting,” Drew Rush of Jackson, Tenn. said.

“She obviously doesn’t care about anyone’s feelings. She’s just concerned about making a few dollars off of someone,” Rivera said.