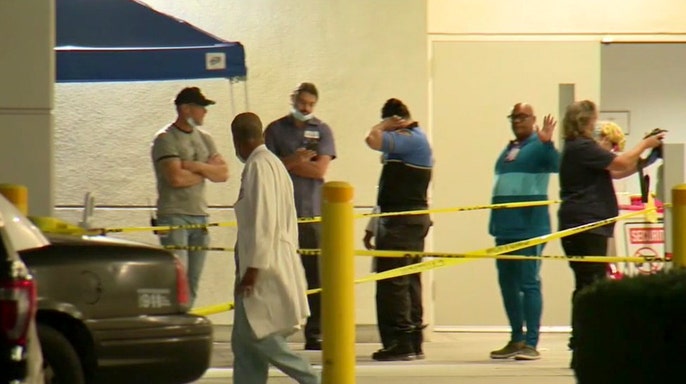 Suspect on the run after stabbing hospital employee in southern California

Police are searching for the person who stabbed a hospital worker in Los Angeles County Monday night.

Officers received a call for an assault with a deadly weapon from the Mission Community Hospital in Panorama City around 6:50 p.m., police told FOX 11. When they arrived, they found one person suffering from stab wounds.

The stabbing victim was taken to a different hospital for treatment, but officers did not provide identification or an update on their condition.

The hospital released a statement that the victim did not know their attacker, KTLA reports.

The incident caused a temporary lockdown at the hospital, local media outlets say.

“It’s just scary, and it’s just a really sad thing that it’s going to happen at a place where you’re really trying to help people and save them,” Dr. James Higgins told KABC. “Instead, it’s almost like the opposite is occurring right in front of the hospital.”

Police told the TV station the suspect was chased out of the hospital by good Samaritans but wasn’t apprehended. Witnesses said he took off running along Willis Avenue.

The suspect is being described as a man in his 40s or 50s, last seen wearing a black hoodie, shirt and backpack.

Florida trucker, 64 charged for the stabbing of two women he is linked to