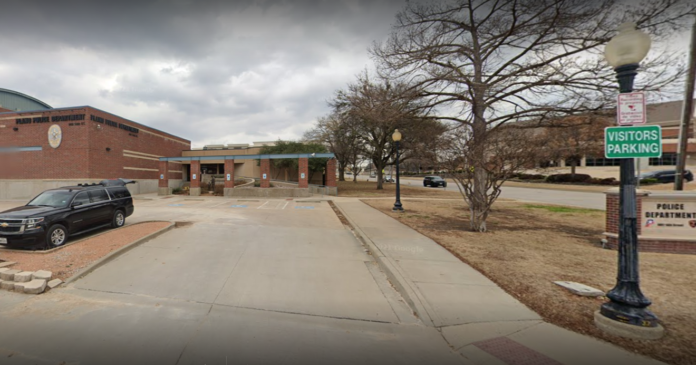 
PLANO, Texas — A man was shot Sunday after entering the Plano Police department’s lobby and firing his gun at an employee.

The following is a summary of events provided by PPD:

On August 29, 2021 at approximately 12:15 pm, Plano Police Officers responded to a Meet Complainant incident in front of the Plano Police Department Headquarters (909 14th Street). The incident described a male, wearing a black shirt and mask, who was behaving erratically.

Prior to officers arrival, the male entered the lobby of the Police Department twice; upon entering the lobby the second time, he displayed a handgun. He then raised his handgun and fired in the direction of a civilian police employee who was assisting a citizen in the lobby. The civilian employee and visitor both took shelter in a secure room off the lobby of the Police Department. At that time, two police officers responded from inside the building and engaged the suspect. The suspect was shot and transported by Plano Fire Rescue; his current status is unknown.

No police employees or visitors, other than the suspect, were injured during this incident. This incident is currently being investigated by the Plano Police Crimes Against Persons Unit and the Collin County District Attorney’s Office.

Nearly three weeks after the Idaho student murders shocked the college town of Moscow, investigators have backtracked on some of END_OF_DOCUMENT_TOKEN_TO_BE_REPLACED