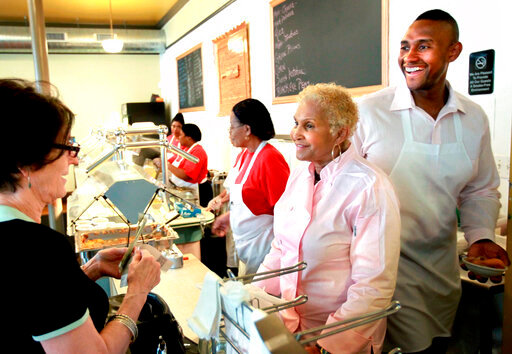 In court Thursday, Hill re-affirmed what he’d admitted in his plea agreement. He admitted meeting with Montgomery’s uncle, James Timothy Norman, on the day of the murder. He admitted understanding that Norman wanted Montgomery killed, and that a woman would provide him Montgomery’s location so he could commit the murder.

Hill then obtained a .380-caliber handgun and fatally shot Montgomery, 21, at 3964 Natural Bridge Avenue in St. Louis after the woman lured Montgomery outside. Hill disposed of the gun and his phone and was paid $5,000 two days later.

In court Thursday, Montgomery’s brother, Darren Griggs spoke of the effect of the murder on his family, saying, “We’re not whole and we never will be again.”

Norman, of Jackson, Mississippi, is scheduled to be sentenced March 2.

Norman and Montgomery appeared on the reality show Welcome to Sweetie Pie’s. Norman arranged for his nephew’s murder after fraudulently obtaining a life insurance policy worth $450,000 on Montgomery.

Ellis and the insurance agent, and Waiel “Wally” Rebhi Yaghnam, 44, both pleaded guilty on July 22. Ellis, an exotic dancer from Memphis, Tennessee who was paid $10,000 for locating Norman, pleaded guilty to the murder-for-hire conspiracy charge. Yaghnam pleaded guilty to a charge of wire and mail fraud conspiracy and admitted submitting five separate life insurance applications containing numerous false statements about Montgomery and then helping Norman file a claim.

Yaghnam is scheduled to be sentenced November 1 and Ellis on January 10.