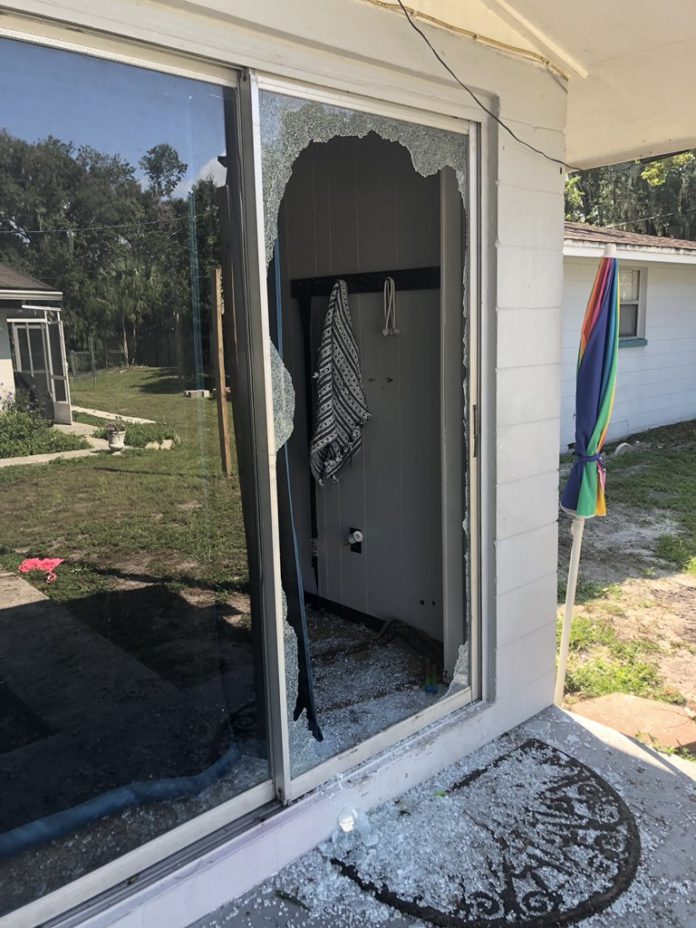 
LAKELAND, FL. — Four people were killed, including an infant, after a gunman dressed in body armor went on a shooting rampage before engaging Polk County deputies early Sunday morning.

The suspect, who was taken into custody after surrendering to deputies, is identified as Brian Reilly. Reilly is a Former United States Marine.

The woman who noticed the suspicious person told deputies he told her, “God sent me here to speak to one of your daughters,” Sheriff Grady Judd said Sunday during a news conference.

However by the time deputies arrived, the vehicle was no longer there, Judd said. Deputies scoured the area looking for the vehicle, but couldn’t find it.

Several hours later around 4:30 a.m., a lieutenant responding to another scene a few miles away heard “a volley of automatic gunfire,” Judd said.

Deputies responded to that scene and shortly after, the sheriff’s office received calls of an active shooter and initiated its active shooter protocol.

More photos from the scene of the quadruple homicide in #Lakeland https://t.co/D6DOaLLc7u pic.twitter.com/KNuIIqNhXh

The Polk County Sheriff’s Office is investigating an incident in Lakeland where they say deputies “came under attack” when they arrived to respond to reports of shots being fired early Sunday morning.https://t.co/AR3EuM3Web