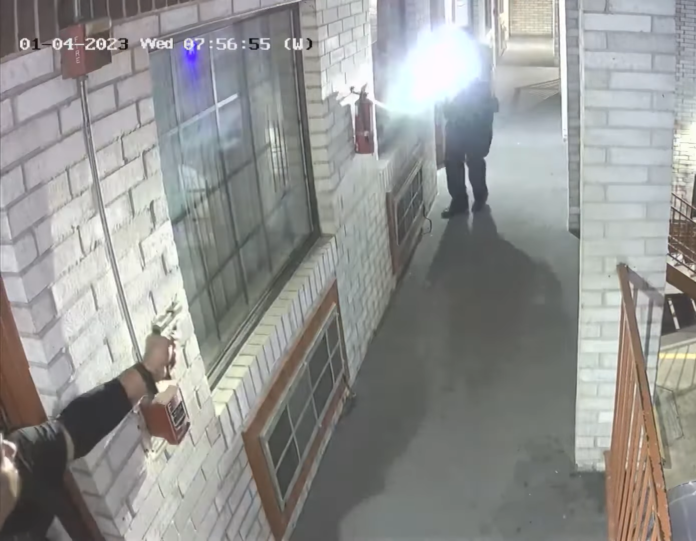 San Antonio, Texas — On January 4, 2023, at approximately 8:30 pm, San Antonio Police patrol officers received a c all for an individual who appeared to be intoxicated and brandishing a firearm near the corner strip located at the 1400 block of Culebra Rd. and was hiding at a nearby motel. When the officers arrived, they were told that the individual was in a room on the second floor of the motel.

One officer went upstairs to contact the individual and knocked on the motel room door. The suspect opened the door and pointed a gun in the direction of the officer. Both officers immediately saw the male with the gun and began shooting at the suspect, striking him multiple times. No one else was injured during the incident.

The 44-year-old suspect, Jose Iruegas, was transported to the hospital in critical condition. He has been charged with two counts of Terroristic Threats Against a Peace Officer.

Police later determined that the object Iruegas brandished was a BB gun.

An inmate goes on a rampage when he suspects police officers lost his money. Officers have a tough time with END_OF_DOCUMENT_TOKEN_TO_BE_REPLACED

Andrew Tate and his brother, Tristan, are still being detained by Romanian authorities as they conduct their investigation into allegations END_OF_DOCUMENT_TOKEN_TO_BE_REPLACED

Prosecutors motioned the court to allow key testimony from witnesses who may have knowledge of Alex Murdaugh’s past crimes. The END_OF_DOCUMENT_TOKEN_TO_BE_REPLACED