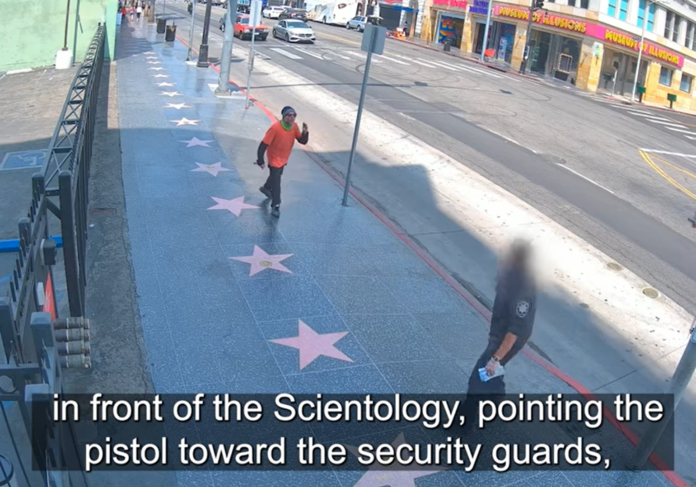 On July 15, 2021 around 11:20 a.m., LAPD Hollywood Patrol Division officers responded to a radio call of a “man with a gun” in the area of Cherokee Avenue and Hollywood Boulevard. As officers arrived in the area, they saw a male matching the description of the suspect from the radio call walking west on the south sidewalk, holding what they believed was a firearm in his right hand. The officers exited their vehicle and gave the suspect commands. The suspect turned to face the officers, while still holding the object, extended his right arm in the direction of the officers, resulting in an Officer-Involved Shooting.

The suspect was struck by gunfire and fell to the ground. The Los Angeles Fire Department responded and transported the suspect to a local hospital, where he was pronounced deceased.

The object the suspect was in possession of that was believed to be a firearm, was later determined to be a metallic butane lighter with a pistol grip handle. Additionally, a folding knife with the blade in the open position was also recovered at the scene.

The suspect was identified by the Los Angeles County Coroner’s Office as 48-year-old Matthew James Sova.

No officers were injured during the incident.

LAPD’s specialized Force Investigation Division responded to the scene and interviewed witnesses and supervised the collection of evidence by the Forensic Science Division. Representatives from the State of California Department of Justice, Attorney General’s Office and the Office of the Inspector General responded and monitored the scene investigation.

Nearly three weeks after the Idaho student murders shocked the college town of Moscow, investigators have backtracked on some of END_OF_DOCUMENT_TOKEN_TO_BE_REPLACED