Tucson, Arizona police officer, Ryan Remington, has been terminated after fatally shooting a man who was sitting in a mobility scooter.

The officer and a store associate followed Richards through a parking lot as he was in the wheelchair.

Remington requested to see Richards’s receipts. Instead the man displayed a knife and traveled towards another store.

“If you want me to put the knife down, you’re going to have to shoot me,” a worker stated that Richard’s said.


At 11:25 a.m. on Monday, the Dallas Police Department responded to a call of an injured child. 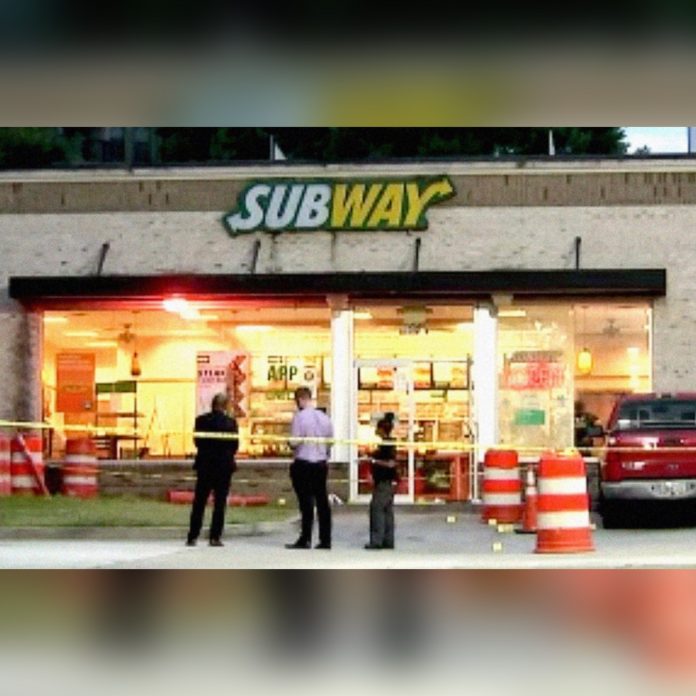 One woman is dead and another is in critical condition after a shooting occurred at a Subway store in Atlanta, Georgia, on Sunday night.

Authorities say that the shooting happened as a result of too much mayonnaise on a customer’s sandwich.

APD arrived to the scene, close to 6:30 p.m., after they received a call about a person being shot. They then discovered that two women had been shot after an argument about how much mayonnaise was put on a Subway sandwich.

Authorities say that a 26-year-old woman was killed, and a 24-year-old worker is healing from her wounds. Her 5-year-old son was inside of the restaurant when the incident happened.

Police have arrested but not named a 36-year-old man. They say the case was about a person with a gun who didn’t know how to manage conflict.

The employees’ names haven’t been publicly released, but police say that the two women had just started working there about three weeks ago.

Officials are still investigating the matter as they review camera footage and talk to witnesses.