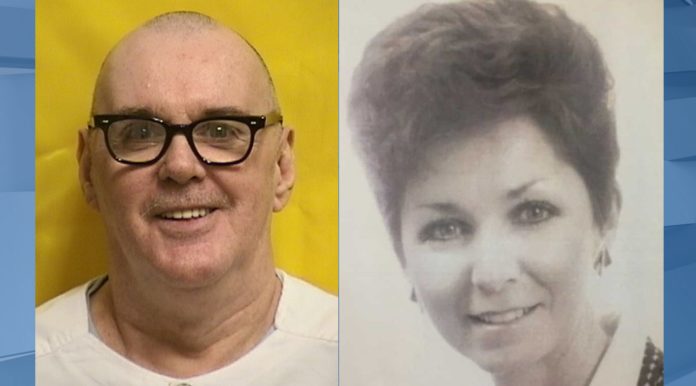 The 42-year-old victim was murdered in her Charlotte County home on or about March 21, 1990. She had been stabbed 39 times. The defendant had been hired by the victim to do some landscaping.

“I want to thank Ms. Gill’s daughter for her patience and understanding, along with the victim’s other family and friends, as the necessary work was completed to put together the evidence. I hope this indictment brings you all some sense of peace and some closure,” said State Attorney Fox.

New developments in DNA technology along with the work of prosecutors, investigators, and detectives, helped move the case forward towards prosecution.

Davis is currently incarcerated in Ohio, on death row, for the murder of an 86-year-old woman in that state, in 2000. He was officially named a suspect in Ms. Gill’s murder, in November 2020.

Gill’s daughter, Krista, said: “While it’s good to know the person is behind bars, there still so many questions. […] What was the motive? Why? A psychopath is the only motive we can think of but it doesn’t help – it was just so random.”

“Doomsday Cult” dad Chad Daybell seeks to delay his trial and separate it from his wife Lori Vallow Daybell’s. The END_OF_DOCUMENT_TOKEN_TO_BE_REPLACED