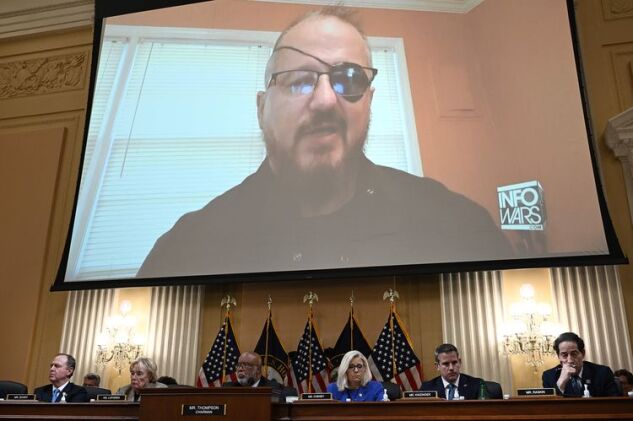 Elmer Stewart Rhodes III, the founder and leader of the Oath Keepers, and Kelly Meggs, the leader of the Florida chapter of the organization, were found guilty by a jury today of seditious conspiracy and other charges for crimes related to the breach of the U.S. Capitol on Jan. 6, 2021. Their actions disrupted a joint session of the U.S. Congress that was in the process of ascertaining and counting the electoral votes related to the presidential election.

Three additional defendants, who were leaders and associates of the organization – Kenneth Harrelson, Jessica Watkins, and Thomas Caldwell – were found guilty of related felony charges. The verdict followed an eight-week trial and three days of deliberations. No sentencing date was set.

“Today the jury returned a verdict convicting all defendants of criminal conduct, including two Oath Keepers leaders for seditious conspiracy against the United States,” said Attorney General Merrick B. Garland. “The Justice Department is committed to holding accountable those criminally responsible for the assault on our democracy on January 6, 2021. The prosecutors and agents on this case worked tirelessly, with extraordinary skill, and in the best traditions of the Department of Justice.”

“As this case shows, breaking the law in an attempt to undermine the functioning of American democracy will not be tolerated,” said FBI Director Christopher Wray. “The FBI will always uphold the rights of all citizens who peacefully engage in First Amendment protected activities, but we and our partners will continue to hold accountable those who engaged in illegal acts regarding the January 6, 2021, siege on the U.S. Capitol.”

“This case reaffirms the strength of our democracy and the institutions that protect and preserve it, including our criminal justice system,” said U.S. Attorney Matthew M. Graves for the District of Columbia. “Over a period of many weeks, a fair and impartial jury heard evidence in a search for the truth of the conduct of these defendants before, during, and after the events of Jan. 6, 2021.”

“Democracy depends on the peaceful transfer of power. By attempting to block the certification of the 2020 presidential election results, the defendants flouted and trampled the rule of law,” said Assistant Director in Charge Steven M. D’Antuono of the FBI Washington Field Office. “This case shows that force and violence are no match for our country’s justice system.”

According to the government’s evidence, the Oath Keepers are a large but loosely organized collection of individuals, some of whom are associated with militias. Following the Nov. 3, 2020, presidential election, Rhodes, Meggs, and others began plotting to oppose by force the lawful transfer of presidential power. Beginning in late December 2020, via encrypted and private communications applications, Rhodes, Meggs, Harrelson, Watkins, Caldwell, and others coordinated and planned to travel to Washington, D.C., on or around Jan. 6, 2021, the date of the certification of the electoral college vote.

The defendants also, collectively, employed a variety of manners and means, including: organizing into teams that were prepared and willing to use force and to transport firearms and ammunition into Washington, D.C.; recruiting members and affiliates; organizing trainings to teach and learn paramilitary combat tactics; bringing and contributing paramilitary gear, weapons, and supplies – including knives, batons, camouflaged combat uniforms, tactical vests with plates, helmets, eye protection, and radio equipment – to the Capitol grounds; breaching and attempting to take control of the Capitol grounds and building on Jan. 6, 2021, in an effort to prevent, hinder, and delay the certification of the electoral college vote; using force against law enforcement officers while inside the Capitol on Jan. 6, 2021; continuing to plot, after Jan. 6, 2021, to oppose by force the lawful transfer of presidential power, and using websites, social media, text messaging and encrypted messaging applications to communicate with each other and others.

On Jan. 6, 2021, a large crowd began to gather outside the Capitol perimeter as the Joint Session of Congress got under way at 1 p.m. Crowd members eventually forced their way through, up, and over U.S. Capitol Police barricades and advanced to the building’s exterior façade. Shortly after 2 p.m., crowd members forced entry into the Capitol by breaking windows, ramming open doors, and assaulting Capitol police and other law enforcement officers. At about this time, according to the government’s evidence, Rhodes entered the restricted area of the Capitol grounds and directed his followers to meet him at the Capitol.

At approximately 2:30 p.m., according to the government’s evidence, Meggs, Harrelson, and Watkins, along with other Oath Keepers and affiliates – many wearing paramilitary clothing and patches with the Oath Keepers name, logo, and insignia – marched in a “stack” formation up the east steps of the Capitol, joined a mob, and made their way into the Capitol. Rhodes and Caldwell remained outside the Capitol, where they coordinated activities.

While certain Oath Keepers members and affiliates breached the Capitol grounds and building, others remained stationed just outside of the city in quick reaction force (QRF) teams. According to the government’s evidence, the QRF teams were prepared to rapidly transport firearms and other weapons into Washington, D.C., in support of operations aimed at using force to stop the lawful transfer of presidential power.

The case is being investigated by the FBI Washington Field Office with valuable assistance provided by numerous FBI offices throughout the country, including the Dallas, Cincinnati, Tampa, Jacksonville, and Richmond Field Offices.

On this episode of “Prime Crime with Jesse Weber,” he takes us through the bizarre case of Anthony Todt, a END_OF_DOCUMENT_TOKEN_TO_BE_REPLACED

Andrew Tate and his brother, Tristan, were arrested in Romania a month ago for allegations of human trafficking and organized END_OF_DOCUMENT_TOKEN_TO_BE_REPLACED