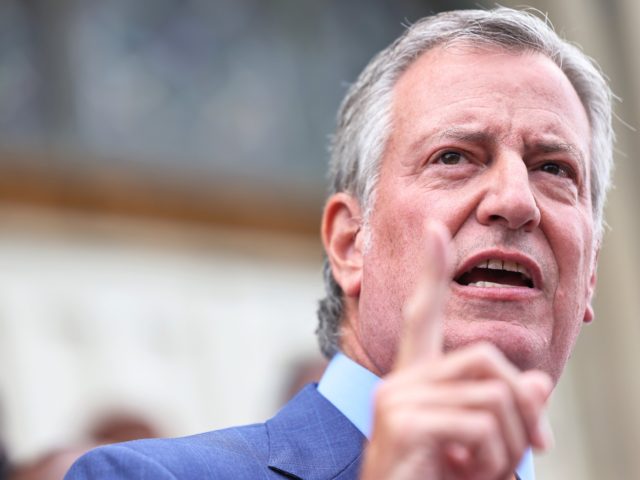 The New York Post notes the scheme adopted by de Blasio means “young men ­involved in lethal firearm ­offenses” will be offered a “stipend.” They will subsequently be coupled with “neighborhood change agents,” designed to direct the individuals away from a life of crime.

The Post indicates the mentors for “violent teens” are “ex cons.”

The program is called “Advance Peace,” and is designed to “[interrupt] gun violence in American urban neighborhoods by providing transformational opportunities to young men involved in lethal firearm offenses and placing them in a high-touch, personalized fellowship.”

The Truth About Guns observes, “Apparently, this program is somehow supposed to offset the effects of the shutdown of the NYPD’s anti-crime unit, which was dissolved last July after the nationwide George Floyd riots.”

On June 7, 2020, Breitbart News points out de Blasio was vowing to cut funding for the New York City Police Department (NYPD) even as violent crime soared. On July 1, 2020, NPR quoted de Blasio voicing support for NYC city council’s vote to take $1 billion from the NYPD: “We think it’s the right thing to do.”

Will New York City Mayor Bill de Blasio speak up against this? pic.twitter.com/Jr12PjmsF8

De Blasio added, “We are reducing the size of our police force by not having the next recruit class. We are reducing our overtime levels. We’re shifting functions away from police to civilian agencies,”

An Indian, married couple is suing their son. This is because he has been married for six years and hasn’t given them a grandchild.