Tyler Rios, the father who is accused of kidnapping Yasemin Uyar and 2-year-old Sebastian Ross, reportedly told police after his arrest where to find Uyar’s body, CBS New York reports.

Uyar, 24, and Sebastian were reported missing on Friday after Sebastian wasn’t dropped off at daycare and Uyar didn’t show up at work.

New Jersey State Police issued an AMBER Alert, and the search w as on.Tyler Rios, 27, was located in Monterey, Tennessee — a small town east of Nashville — on Saturday, and Sebastian was recovered safely. He is in jail in Putnam County awaiting extradition to New Jersey to face charges.

Karen Uyar told NJ.com that her daughter and Rios had an on-again-off-again relationship since high school and that Rios’s behavior had recently become more violent and erratic. She said Yasemin had a restraining order against him since an incident in which he choked her and slammed her head against a wall.

Court records show aggravated assault and strangulation of a domestic violence victim and theft in 2018. He pleaded guilty to the aggravated assault charge and was sentenced to 180 days in jail and three years of probation. The judge in the case ordered him to have no contact with the unnamed victim and to attend anger management classes. 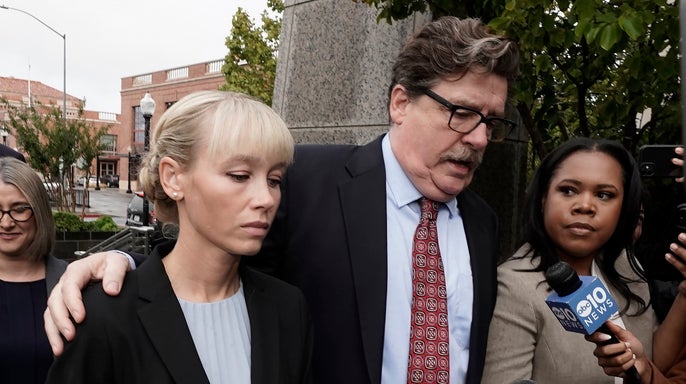 Police release surveillance video of Papini running through a parking lot on the morning she was found.

Sherri Papini, the California mother who pleaded guilty to charges related to faking her abduction while hiding away with an ex-fling and then cashing victims’ assistance checks after she reemerged, was sentenced on Monday to 18 months in prison for her costly scheme.

Papini, 39, was sentenced in a California federal court on Monday before U.S. District Court Judge William B. Shubb. The sentencing was a far cry from what both prosecutors and the defense had asked for. In addition to the 18 months behind bars, Paini was ordered to serve 36 months of supervised release.

Prosecutors and defense attorneys submitted their separate sentencing memorandums ahead of Papini’s upcoming court date, as lawyers for the young mom griped that her punishment already “feels like a life sentence,” the filings showed.

Before Shubb announced the sentence, Papini read a statement to the court in which she told the jurist she was “so sorry” to those she had impacted and was “choosing to humbly accept responsibility,” according to the Sacramento Bee.

“You’ve seen so much dishonor laid before you here in this room,” Papini said, according to the report. “People who are not willing to walk through the shame to say they are guilty. I am not one of them, your honor.”

She later added: “What was done cannot be undone. It can never be erased. I am not choosing to stay frozen like I was in 2016. I am choosing to commit to healing the parts of myself that were so very broken.”

Prosecutors urged Shubb to sentence Papini to eight months in jail, which they described as a “low-end Guidelines sentence” that “fully and fairly accounts for the totality of Papini’s conduct and the relevant sentencing factors,” the document states.

They slammed Papini for planning and executing “a sophisticated kidnapping hoax” and then continuing to lie for years after she returned.

“As a result, state and federal investigators devoted limited resources to Papini’s case for nearly four years before they independently learned the truth: that she was not kidnapped or tortured,” prosecutors said.

Their sentencing memorandum added: “During this time, Papini caused innocent individuals to become targets of a criminal investigation. She left the public in fear of her alleged Hispanic capturers who purportedly remained at large.”

Papini pleaded guilty in April 2022 to two of the 35 total counts – for engaging in mail fraud and making false statements to a federal office, prosecutors said.

Portanova described Papini as “outwardly sweet and loving, yet capable of intense deceit, whether for purposes of situational control or emotional self-protection.”

“Her unsettled masochism was in full public display when she returned from her fake kidnapping bearing the scars and wounds of her self-inflicted penance,” he wrote. He later added: “There seems to be little or no chance for Sherri to go backwards now. The lies are out, the guilt admitted, the shame universally seen.”

Portanova did not respond to Fox News Digital’s request for comment on Monday.

The married mother of two from Redding, California, was first reported missing on Nov, 2, 2016, after she left home for a jog. Family members grew concerned after she never picked up her children from day care, and her husband discovered her cellphone and headphones along the road.

Papini claimed to have been kidnapped and held at gunpoint by two Hispanic women, whom she described to investigators – and an FBI sketch artist – and told a tale of her time in captivity. However, during repeated interviews, she changed her story or was not able to provide key details, investigators alleged.

She instead pleaded guilty to a single count of each, and agreed to restitution payments of up to $300,000. More specifically, she was ordered to pay nearly $149,000 to the Shasta County Sheriff’s Office; at least $127,568 to the Social Security Administration; $30,694 to the California Victims Compensation Board, and more than $2,500 to the FBI, according to court papers. 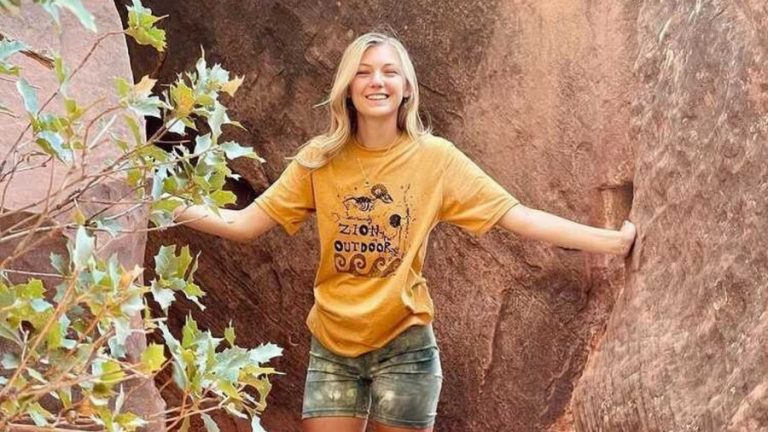 The coroner in Jackson, Wyoming has determined Gabby Petito was strangled to death

Police in Washington Township, New Jersey are searching for multiple suspects wanted in connection with the abduction and assault of a waitress Saturday night.