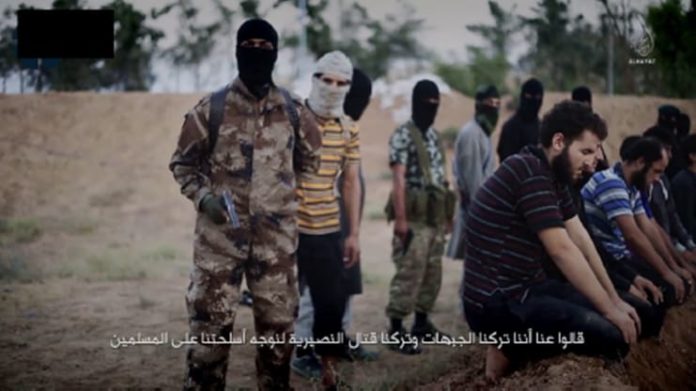 
ALEXANDRIA, Va. – A Saudi-born Canadian citizen was sentenced Friday to life imprisonment for conspiring to provide material support to the Islamic State of Iraq and al-Sham (ISIS), a designated foreign terrorist organization, resulting in death.

According to court documents, Mohammed Khalifa, aka Abu Ridwan Al-Kanadi and Abu Muthanna Al-Muhajir, 39, served in prominent roles within ISIS starting in 2013 and continuing until his capture by the Syrian Democratic Forces (SDF) in January 2019, following a firefight between ISIS fighters and the SDF. In addition to serving as a fighter and personally executing two Syrian soldiers on behalf of ISIS, Khalifa served as a lead translator in ISIS’s propaganda production and the English-speaking narrator on multiple violent ISIS videos.

In the spring of 2013, Khalifa traveled to Syria with the intent of becoming a foreign fighter and ultimately joining ISIS. In or around November 2013, he joined ISIS and swore allegiance to then-ISIS leader Abu Bakr al-Baghdadi. In early 2014, he was recruited to join ISIS’s media department due, in part, to his language abilities as a fluent English and Arabic speaker. Starting in 2016, Khalifa directed various supporter networks that assisted in the translation, production, and dissemination of propaganda released under various ISIS media brands in order to reach Western audiences. He worked within the ISIS media operation until late 2018.

Khalifa provided the narration and translation for approximately 15 videos created and distributed by ISIS. The productions narrated by Khalifa include two of the most influential and exceptionally violent ISIS propaganda videos: “Flames of War: Fighting Has Just Begun,” distributed on September 19, 2014, and “Flames of War II: Until the Final Hour,” distributed on November 29, 2017. The videos depict glamorized portrayals of ISIS and its fighters as well as scenes of violence, including depictions of unarmed prisoners being executed, footage of ISIS attacks and fighting, and depictions of ISIS attacks in the United States.

During the time Khalifa was a prominent member of ISIS, the terrorist organization was conducting a brutal hostage-taking and ransom demand campaign involving journalists and humanitarian aid workers who came to Syria from across the globe. Between August 19, 2014, and February 6, 2015, ISIS killed eight American, British, and Japanese citizens in Syria as part of the hostage scheme.

In January 2019, Khalifa engaged in fighting on behalf of ISIS and attacked an SDF position in Abu Badran, Syria. Khalifa, alone and armed with three grenades and an AK-47, threw a grenade on the roof of a house where SDF soldiers were standing. The grenade detonated and Khalifa ran into the house and attempted to go to the roof, but an SDF soldier was firing from the stairs. Khalifa began firing at the SDF soldier and attempted to use all three of his grenades during the attack. Khalifa fired most of his ammunition during the assault before his AK-47 jammed. Khalifa surrendered to the SDF on or about January 13, 2019. He was transferred to the custody of the FBI last year and brought to the Eastern District of Virginia, where he had his initial appearance on October 4, 2021. Khalifa pleaded guilty to conspiring to provide material support or resources to a foreign terrorist organization, resulting in death, on December 10, 2021.

California police are searching for 16-year-old Kiely Rodni after she disappeared after a large party over the weekend. Plus, a END_OF_DOCUMENT_TOKEN_TO_BE_REPLACED