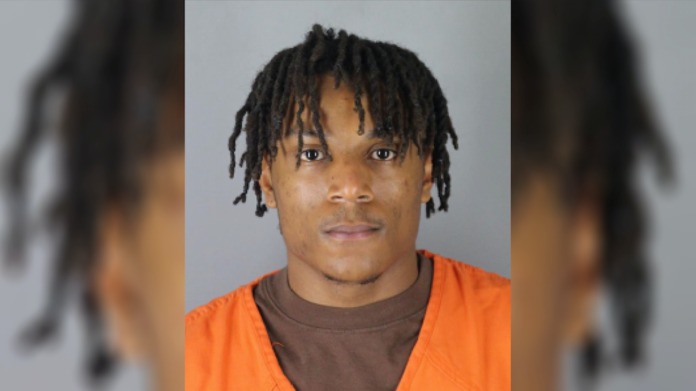 
An Andover man has been charged for fatally punching a man in the head.

Emmanuel Ogboru, 22, was charged with first and second-degree manslaughter for punching a 25-year-old man on the left-side of his face outside a North Minneapolis club on July 24. The blow rendered the victim unconscious, and he died at North Memorial Hospital two days later.

According to the criminal complaint, a fight occurred outside a North Minneapolis club early in the morning on July 24 in which multiple people, including the victim, were involved. Accounts from witnesses who spoke to police when they arrived at North Memorial Hospital on the report of an assault, told them of the incident where the victim was punched and knocked out.

Investigators later obtained videos from bystanders outside the club which captured the fatal punch. Those videos showed the victim, after an initial fight ended, standing with another man outside the club when Ogboru walked up to him, and punched him on the left side of the face, the complaint states.

The victim fell backwards on the ground unconscious, and his friends drove him to the hospital.

There, emergency surgery was deemed necessary after radiographic imaging found the victim had a skull fracture and significant bleeding in his brain. On July 26, two days after the incident, the victim died as a result of the brain injury, the complaint continues.

An autopsy and death investigation are underway.

He told the 14-year-old she could model for his clothing line. Then he forced her to take ecstasy and trafficked her in multiple states.

On this episode of “Prime Crime with Jesse Weber,” he takes us through the bizarre case of Anthony Todt, a END_OF_DOCUMENT_TOKEN_TO_BE_REPLACED

Andrew Tate and his brother, Tristan, were arrested in Romania a month ago for allegations of human trafficking and organized END_OF_DOCUMENT_TOKEN_TO_BE_REPLACED