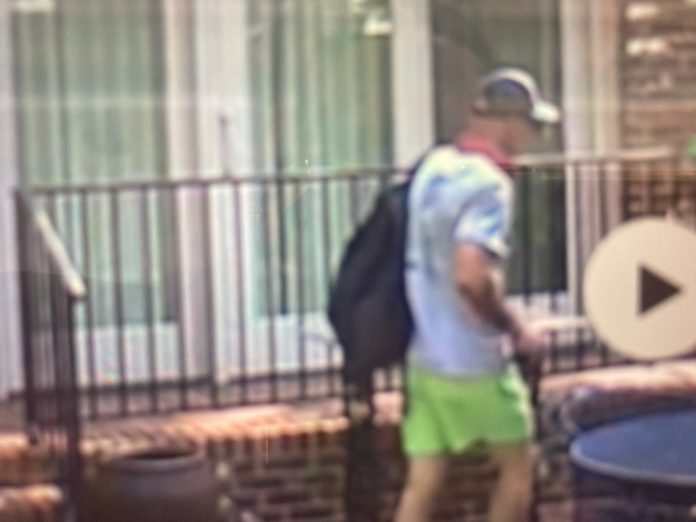 Metro Nashville Police detectives are pursuing leads in the investigation of Saturday’s stranger rape of a woman in her 70s in a neighborhood off Bowling Avenue behind Elmington Park.

The rapist surprised the victim inside her home after she came in from doing yard work late this morning. She estimated that he was in her home for at least 30 minutes. She described the rapist as white, bald, possibly in his 30s, with tattoos on his chest and hands. She said that he carried a black backpack and wore gray/green shorts as well as a bandana over his face.

A man matching the description of the rapist was recorded by a nearby resident’s surveillance system. Anyone with information about the man is asked to contact Nashville Crime Stoppers at 615-742-7463. Operators are available 24 hours a day.