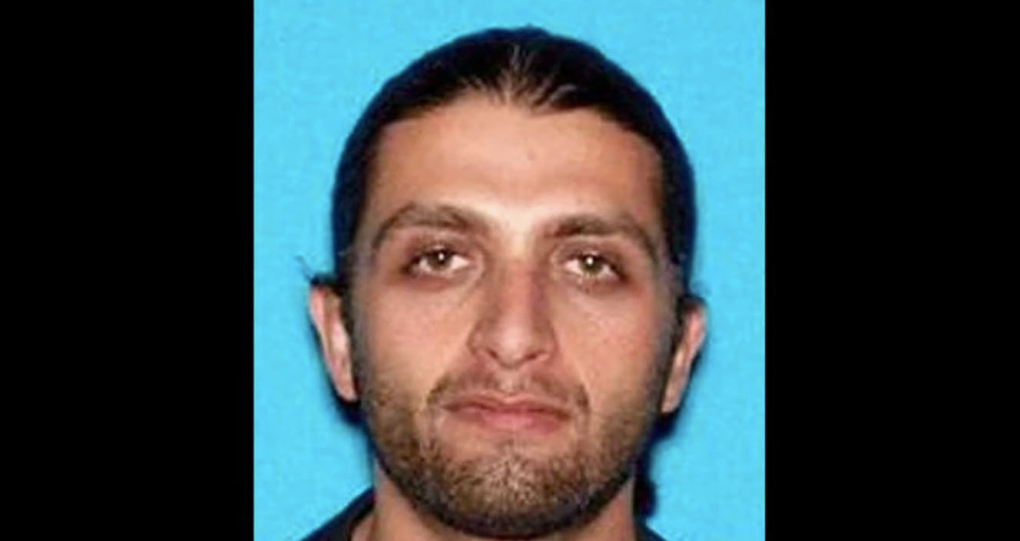 Man convicted of murder after killing spree in Panorama City

An ex-con was convicted Tuesday of taking part in a violent crime spree that included a motorist being fatally shot in Panorama City and a wrong-way freeway crash in which a woman and her three children were injured in Sun Valley.

The downtown Los Angeles jury deliberated about two days before finding Artyom Gasparyan, 37, guilty of more than 30 counts, including a first- degree murder charge stemming from the Dec. 30, 2015, killing of Adan Corea, a 32-year-old father of two who lost control of his vehicle after being shot.

Jurors also found true the special circumstance allegation of an intentional shooting from a vehicle, along with an allegation that Gasparyan was not armed but knew that the gunman was armed.

Superior Court Judge Kathleen Kennedy had earlier rejected a motion made at the behest of District Attorney George Gascón to dismiss the special circumstance allegation, for which Gasparyan now faces a life prison sentence without the possibility of parole, according to Deputy District Attorney John McKinney.

Gasparyan was also convicted of crimes carried out between Aug. 5, 2015, and Jan. 4, 2016, including attempted murder, robbery, carjacking, shooting at an unoccupied vehicle, fleeing a pursuing peace officer’s motor vehicle while driving recklessly, hit-and-run driving, assault with a firearm on a peace officer and possession of a firearm by a felon.

In his opening statement, McKinney told jurors that Gasparyan was tied to the crimes through GPS evidence from a silver, four-door 2011 Volkswagen Jetta that the prosecutor said was registered to Gasparyan’s mother and was regularly driven by the defendant.

“All of the crimes in this case were committed with this vehicle being on scene …,” McKinney said, noting that an analysis of a Garmin GPS device that was plugged into the vehicle’s dashboard allowed jurors to “literally see the movement of the car at each crime scene.”

Gasparyan’s attorney, Felipe de la Torre, noted that his client had testified in his own defense that other people had access to the vehicle.

He told jurors the case was based on “inaccurate and unreliable eyewitness identifications.”

Gasparyan’s lawyer said his client is Armenian, not Hispanic as some of the witnesses had described the assailant.

He also questioned the account of two police officers whom he alleged “made up this story” that Gasparyan reached for a gun while he was being chased following the wrong-way freeway crash.

The defense lawyer urged the panel to acquit his client of all but two counts — felon in possession of a firearm and hit-and-run driving.

The prosecutor claimed the crime spree involved a cross-section of people, including the shootings of two strangers crossing the street, a parking valet who was shot after money was demanded, a woman who survived being stabbed six times, and the owners of vehicles that were shot at while parked on a street in Glendale — the latter of which occurred on the defendant’s birthday.

A “twist happened” after Los Angeles police issued a crime alert upon determining that the crimes were linked, McKinney said, telling jurors that Gasparyan started to work with an “accomplice” named Daniel Ramirez.

The two were involved in the shooting of a food delivery driver who suffered “devastating injuries” when he was shot six times after trying to flee on foot in late December 2015, a “road-rage” incident the following day in which two people were shot just before two shots were fired at Corea, who died soon afterward at a hospital, and the robberies of two gas station convenience stores and two men walking home in the Silver Lake area from a Trader Joe’s store, the prosecutor said.

Ramirez shot and killed himself after barricading himself inside a home in Long Beach following the carjackings of two vehicles on New Year’s Day 2016, as tactical surveillance units from the LAPD continued to search for Gasparyan, who drove against traffic on the 5 Freeway three days later and fled on foot after the wrong-way crash, according to the deputy district attorney.

As police chased Gasparyan, two officers saw him reach into his pocket and “come up with the gun,” and they shot him as he held a .357-caliber revolver in one of his hands, McKinney told jurors.

In a document released in January 2019, Los Angeles County prosecutors concluded that the force used by Los Angeles police detectives Marcelo Raffi and Peter Miranda was “reasonable under the circumstances in order to defend their lives and the lives of others, and to capture a dangerous, fleeing felon.”