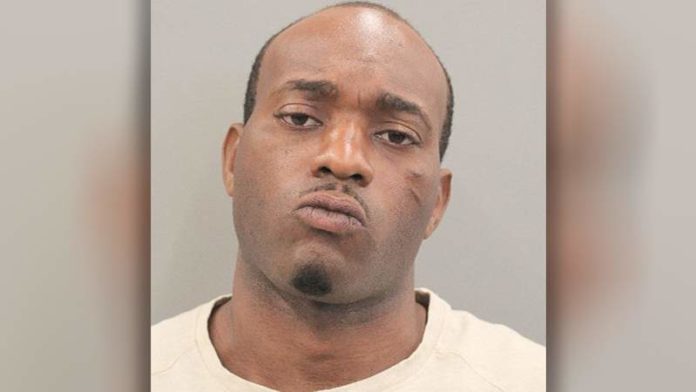 
HOUSTON, TX – Charges have been filed against a suspect arrested in the fatal shooting of a Security Guard about 2:30 a.m. July 4, 2015.

The suspect, Tyderrian Deleon Duffield, 27, is charged with capital murder.

He is accused in the death of Wesley Keene, 55.

Mr. Keene was found deceased from a gunshot wound in the parking lot of a commercial warehouse at the above address. A preliminary investigation determined Keene had been contracted by the company to work as a security guard while the business was closed during the holiday weekend. Keene was found by a friend who went to check on him after receiving an inaudible voice message.

The case was later reviewed by the HPD Homicide Division Cold Case Unit. Further investigation and evidence collected identified Duffield, who was a serial burglary suspect in numerous overnight commercial warehouse burglaries around the state during the time of Keene’s death.

Duffield was taken into custody last Friday (July 30) while in court on an unrelated case and was charged for his involvement in Keene’s death.

In Las Vegas, a woman gets aggravated with officers’ questions and is sent to a cell to calm down. A END_OF_DOCUMENT_TOKEN_TO_BE_REPLACED

Check out http://rocketmoney.com/law or scan the QR code on the screen to start managing your personal finances END_OF_DOCUMENT_TOKEN_TO_BE_REPLACED