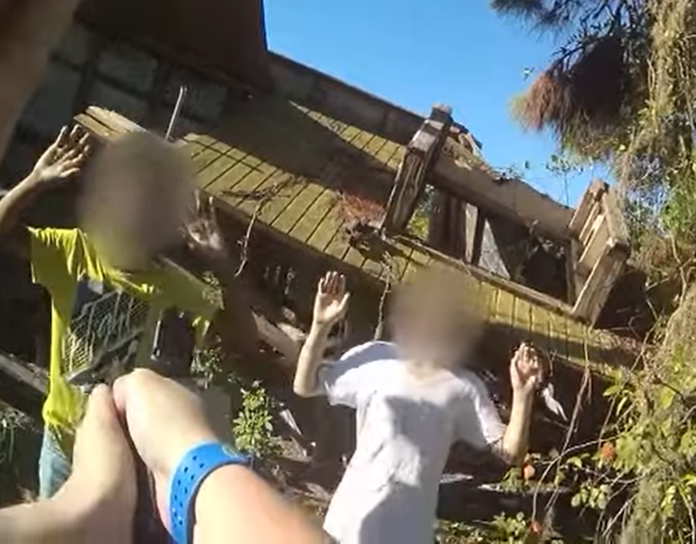 VOLUSIA COUNTY, Fla. – Monday morning, deputies responded to a report of 2 boys playing with a gun in a vacant lot in Oak Hill.

The reporting parties indicated they heard a gunshot and went to check to see if anyone was injured. One of the boys then pointed the gun at their car, which was occupied by 2 adults and 3 children.

A responding sheriff’s sergeant heard and witnessed additional gunshots as she approached and ordered the boys out with their hands up.

The boys, both age 12, were taken into custody without incident and charged with discharging a firearm and possession of a firearm by a person under 16. The boy who pointed the gun at the witnesses was also charged with aggravated assault with a firearm. Both were transported to the Department of Juvenile Justice and taken in for secure detention.

The handgun and ammunition were recovered, and the source remains under investigation.

‘Now My Husband Is Threatening To Kill Me’: Sacramento Police Fatally Shoot 75-Year-Old Man Who Was Assaulting Wife