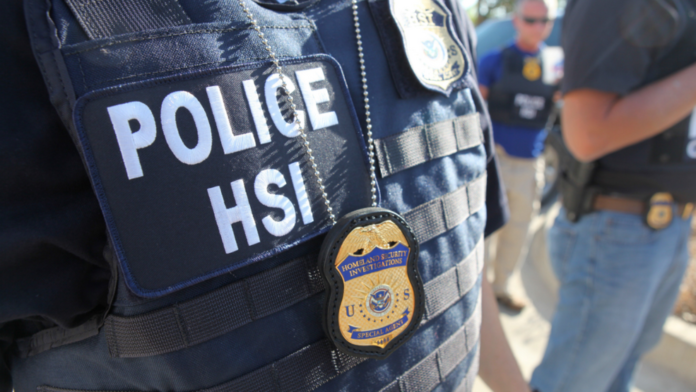 Jose Mojica Aldana, a native and citizen of El Salvador, was arrested near his residence. Mojica Aldana entered the United States without being inspected, admitted, or paroled by an immigration officer.

“This is a significant arrest and a substantial hit to MS-13 in the Annapolis area,” said Lyle Boelens, field office director of the ERO Baltimore office. “Not only is Mojica Aldana a high-ranking member of the gang, but he is also accused of numerous murders in El Salvador. ICE ERO Baltimore will continue to work tirelessly with our partner law enforcement agencies to keep the law-abiding citizens of Maryland safe from predators like Mojica Aldana.”
On May 18, ERO Baltimore received information that Mojica Aldana was living in the greater Annapolis area and had ties to the criminal gang MS-13. Mojica Aldana had been charged with homicide in El Salvador in 2017. Further investigation revealed that Mojica Aldana is a validated MS-13 gang member and is part of the MS Fulton Locos Salvatruchos clique, a subset of the MS-13 street gang, that operates in the Annapolis area.

Records checks revealed that on March 6, 2017, the National Civil Police of El Salvador issued an arrest warrant for Mojica Aldana for homicide. Upon further investigation, ICE ERO Baltimore determined that Mojica Aldana was a high-ranking member of MS-13 and a leader in their Fulton Locos Salvatrucha clique.

On June 15, 2022, Mojica Aldana was issued a Notice to Appear, charging inadmissibility under Section 212(a)(6)(A)(i) of the Immigration and Nationality Act (INA), as a noncitizen present in the United States without admission or parole.

California police are searching for 16-year-old Kiely Rodni after she disappeared after a large party over the weekend. Plus, a END_OF_DOCUMENT_TOKEN_TO_BE_REPLACED