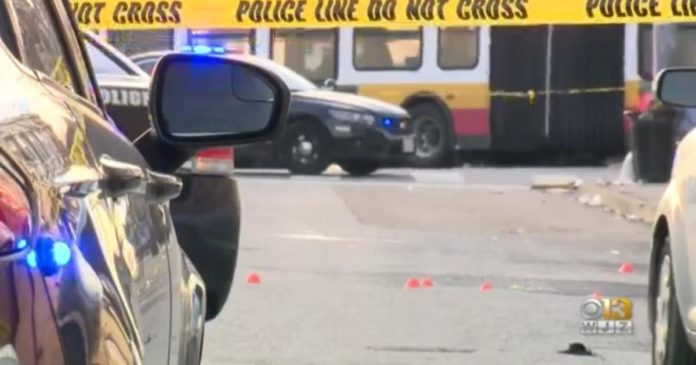 
Greenbelt, Maryland – On October 28, 2022, U.S. District Judge Paul W. Grimm sentenced Bobby Cannon, a/k/a Freaky, age 24 of Baltimore, to 29 years in federal prison, followed by five years of supervised release, for participating in a violent racketeering conspiracy, specifically, the NFL Criminal Enterprise, including committing two murders. The term NFL stands for Normandy, Franklin, and Loudon, which are three adjacent streets that run through the Edmondson Village. Members of NFL have social and familial ties to the Edmondson Village neighborhood in southwest Baltimore.

According to his guilty plea, from at least 2016 through March 26, 2020, Bobby Cannon was a member of the NFL Criminal Enterprise, which engaged in a pattern of criminal racketeering activity including murder, narcotics trafficking and smuggling, illegal firearms possession, bribery, witness intimidation, and witness retaliation. Cannon admitted that he participated in illegal activities with other NFL Enterprise members, including committing two murders and an attempted murder, and distributing large quantities of heroin, fentanyl, and cocaine.

As detailed in Cannon’s plea agreement, in 2018, co-defendant James Roberts and other NFL members offered money for the murder of an individual who was believed to be a federal witness cooperating with law enforcement regarding NFL. On June 16, 2018, Cannon walked up to the porch of a house in Edmondson Village, where the individual and his girlfriend were sitting. Cannon shot them both multiple times, killing them. Cannon was subsequently paid by Roberts for committing the murders, which Cannon agrees was in furtherance of the NFL Criminal Enterprise.

In late 2018, Cannon was recruited by NFL to murder another individual in exchange for money and in furtherance of the NFL Criminal Enterprise. Cannon planned the murder for several weeks and learned that the individual resided in a halfway house in East Baltimore. On January 4, 2019, Cannon borrowed a car from a female associate in southwest Baltimore and later drove the car to the vicinity of the halfway house, where Cannon waited for the individual. After several hours, Cannon saw the individual on the street and shot the individual multiple times in the arm, back, neck, and buttocks. The individual sustained life-threatening injuries but survived the shooting.

Following the shooting, Cannon abandoned the car and notified the female associate, who then falsely reported to the Baltimore Police that her car was stolen. Cannon then notified the NFL Criminal Enterprise that he attempted to murder the individual but failed to kill him.

In April 2019, the FBI arrested members of the NFL Criminal Enterprise, but not Cannon. On a recorded jail call following the arrests, incarcerated NFL members instructed Cannon to continue distributing narcotics for the NFL. Cannon took over a drug phone used by the NFL Criminal Enterprise so that he could continue to sell narcotics to drug customers of the organization.

On December 28, 2019, Baltimore Police officers found Cannon unconscious in a parked van. During their interaction, officers saw that Cannon had a gun, which they recovered from his jacket pocket. Officers then searched Cannon’s van and recovered over 98 grams of fentanyl, which Cannon agrees he possessed with the intent to distribute it.

Cannon admitted in his plea agreement that over the course of the racketeering conspiracy, Cannon and his co-conspirators distributed over one kilogram of heroin, more than 400 grams of fentanyl, and more than 280 grams of crack cocaine.

More than 30 defendants in this and related cases have pleaded guilty and been sentenced to between 15 years and time served. NFL member James Henry Roberts, a/k/a “Bub,” age 32, of Baltimore, Maryland, pleaded guilty on October 3, 2022, along with gang leader Gregory Butler, a/k/a “Gotti,” “Sags,” and “Little Dick,” age 31, also of Baltimore, to conspiracy to participate in a racketeering enterprise related to their activities in the NFL gang. They are expected to be sentenced to 30 years in federal prison. On October 7, 2022, the final defendant in the case, D’Andre Preston, age 26, of Baltimore, pleaded guilty to his participation in the NFL racketeering conspiracy, including a murder, and is expected to be sentenced to 25 years in federal prison. Judge Grimm has scheduled sentencing for all three defendants on December 9, 2022.

An inmate goes on a rampage when he suspects police officers lost his money. Officers have a tough time with END_OF_DOCUMENT_TOKEN_TO_BE_REPLACED

Andrew Tate and his brother, Tristan, are still being detained by Romanian authorities as they conduct their investigation into allegations END_OF_DOCUMENT_TOKEN_TO_BE_REPLACED

Prosecutors motioned the court to allow key testimony from witnesses who may have knowledge of Alex Murdaugh’s past crimes. The END_OF_DOCUMENT_TOKEN_TO_BE_REPLACED