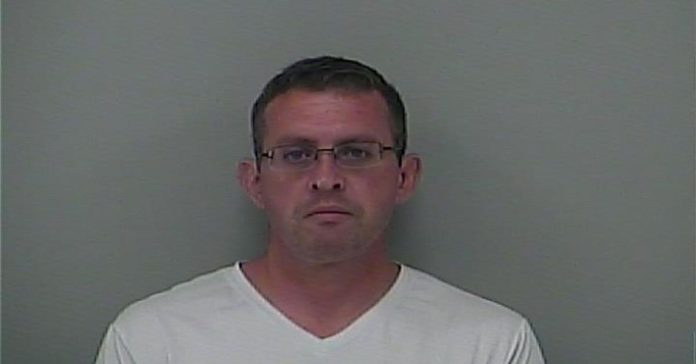 
COLUMBUS, Ohio – A former high school chemistry teacher was taken into federal custody today on charges related to using hidden cameras to take tens of thousands of explicit videos of students at school and filming females in dressing rooms and other public places.

Justin Foley, 47, of Delaware, Ohio, appeared in federal court at 1:30pm in Columbus today after a federal criminal complaint and warrant were issued for his arrest.

Foley was employed as a chemistry teacher at Columbus Alternative High School at the time of his alleged offenses. He is charged with sexually exploiting minors and distributing, receiving and possessing child pornography. It is alleged Foley used his cell phone and other digital media devices in a hidden manner to capture female genitalia under skirts and shorts.

According to court documents, in August 2022, the Delaware Police Department received CyberTip reports from the National Center for Missing and Exploited Children (NCMEC) regarding numerous images of apparent child pornography that were uploaded via Google email accounts. Investigators tracked the IP addresses for the reported email accounts to Foley.

It is alleged that Foley’s email accounts contained numerous videos that were voyeuristic in nature and appear to have been self-produced. The videos appear to have been recorded at the school in which Foley worked as a chemistry teacher, at local department stores in central Ohio, in public areas of downtown Delaware, Ohio, and in dressing rooms. It is apparent that the victims in the videos do not know they are being recorded.

Delaware County law enforcement officials executed a search warrant at Foley’s residence on Sept. 20, 2022. Court documents detail that Foley admitted to creating videos in the classroom and hallways of the school at which he taught and that he had created some of these videos as recently as the previous week.

Foley was arrested and charged locally in Delaware County in September 2022. His federal charges will supersede his previous local charges.