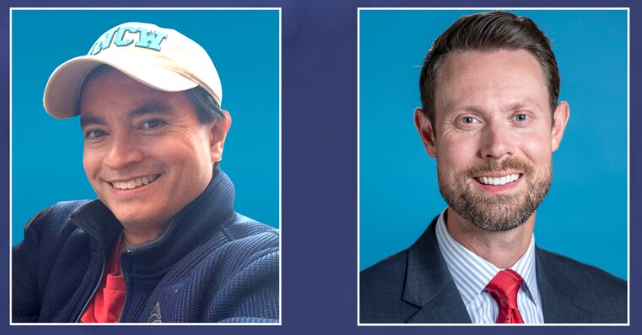 
CHARLOTEE, NC – A helicopter crash in Charlotte Tuesday afternoon claimed the life of a local Meteorologist and the pilot, official said.

WBTV Meteorologist Jason Myers and Sky3 pilot Chip Tayag were on board the aircraft that  went down near I-77 and Nations Ford Road.

“The WBTV family is grieving a terrible loss,” the news outlet said in a statement. “Our news helicopter Sky3 crashed mid-day Tuesday with two of our colleagues on board. Meteorologist Jason Myers and pilot Chip Tayag lost their lives. We are working to comfort their families in this difficult time. We appreciate the outpouring of support for our staff and your continued prayers for their families.”

The cause of the crash is under investigation by the National Transportation Safety Board (NTSB) and the Federal Aviation Administration (FAA).

BREAKING: Two people killed in helicopter crash along I-77 in Charlotte, NC – WCNC

Latest on incident: 2 people are confirmed dead in a helicopter crash shortly after 12 p.m. No vehicles on highway were involved. The FAA & NTSB are the lead investigators. Ramps are closed from I-85 N & S to I-77 S. A detour is available for drivers through Exit 13A on I-77 S. pic.twitter.com/I8HXgj8kV0

Here was the scene minutes after this tragic helicopter crash occurred. Those cars were let by one at a time and the interstate (I-77 SB) is completely shutdown still. @wcnc pic.twitter.com/OIyhdWE7DF

“A Robinson R44 helicopter crashed near I-77 South and Nations Ford Road in Charlotte, N.C., around 12:20 local time today,” the FAA said in a statement. “Two people were on board. The FAA and the National Transportation Safety Board will investigate. The NTSB will be in charge of the investigation and will provide additional updates.  Neither agency identifies people involved in aircraft accidents.”