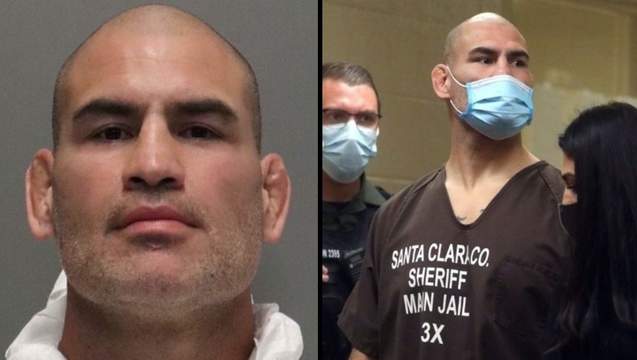 Velasquez, 39, is facing an attempted murder charge, as well as multiple counts of assault with a gun and deadly weapon, in connection with the roadside encounter that took place Monday. Velasquez’s alleged actions occurred after his close relative told authorities they were repeatedly molested by a man at a home daycare run by Goularte’s mother, where Velasquez had been a client for the past two years. Goularte is facing a felony count of a lewd and lascivious act with a child under the age of 14. The COO of Beyond Meat was arrested over the weekend for allegedly biting a man’s nose during an altercation.

Douglas Ramsey, 53, was arrested by University of Arkansas police officers and booked at Washington County Jail on Saturday. He has been charged with terroristic threatening and third-degree battery. He is scheduled to appear in Washington County Circuit Court and Fayetteville District Court for each charge on Oct. 19 and Oct. 20, respectively, according to his booking report.

Before being released Sunday morning, he was held on a $10,000 bond for the terroristic threatening charge and $1,085 for the battery charge.

On Saturday around 10 p.m. local time, police were called to a parking garage at Razorback Stadium after a University of Arkansas game against Missouri State, according to local outlet KNWA/KFTA and CNBC.

When an officer arrived to Gate 15, he saw “two males with bloody faces,” a report obtained by the outlets said. After speaking with the two men as well as a bystander, the officer confirmed that the Beyond Meat executive was allegedly trying to leave the parking garage in his Bronco. A Subaru “inched his way” ahead of Ramsay’s SUV and collided with Ramsay’s front right tire, KNWA/KFTA reports.

That’s when Ramsay allegedly exited his car and “punched through the back windshield of the Subaru,” causing that driver to get out as well.

Ramsay allegedly “pulled” the Subaru owner “in close and started punching his body” before he “bit the owner’s nose, ripping the flesh on the tip of the nose,” according to the preliminary report obtained by the outlet.

The Subaru owner and bystander accused Ramsay of “threaten[ing] to kill” the victim.

People in both vehicles got out to try to stop the incident from going any further.

TD reached out to University of Arkansas Police Department for comment but did not hear back.

Before joining Beyond Meat, Ramsay worked for Tyson Foods since 1992 and was appointed to president of global McDonald’s business in 2019, Tyson’s website said. The webpage has since been removed.

A Tyson spokesperson told KSN that Ramsey resigned months ago. He was appointed to Beyond Meat’s COO last December.