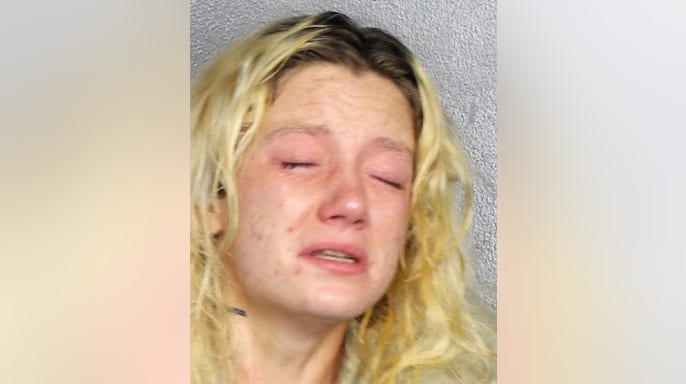 A Florida woman is accused of trying to infect first responders with HIV as they were treating her for a drug overdose, authorities say.

Jacqueline Bednarczyk, 22, is charged with criminal transmission of HIV, battery on a law enforcement officer, and aggravated assault, according to an incident report obtained.

First resp onders were alerted to a halfway house in the 400 block of NE 33 St, Oakland Park around 3 p.m. on Sept. 4. A person reported that Bednarczyk’s eyes were rolling into the back of her head, and she was barely breathing.

First responders tried to administer Narcan to offset the effects of an opioid overdose, but Bednarczyk became combative, hitting, kicking, biting, cursing, and spitting on them, authorities said.

Several of the first responders said they got her saliva in their eyes and mouths. Another deputy said he believed Bednarczyk’s saliva got into an open cut he obtained during the “violent struggle,” authorities said.

While being treated at a local hospital, Bednarczyk allegedly told a deputy and medical staff that she was HIV positive and hoped that she had infected the first responders.

Online records show Bednarczyk is being held at the Broward Sheriff’s Office jail on bonds totaling $10,000.

Doctor Probed in Death of Colleague Via an IV Drip