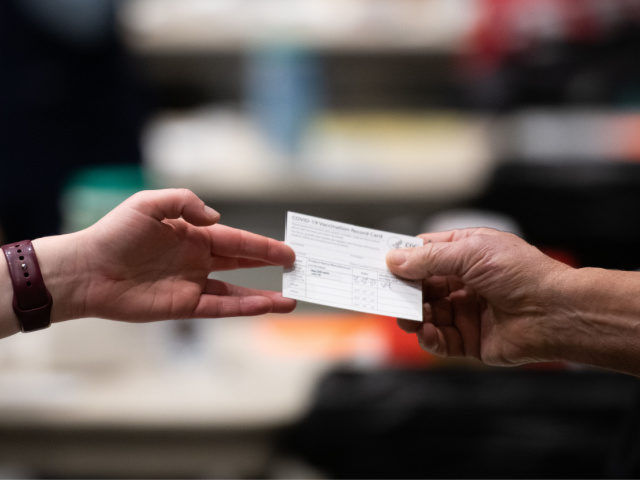 Officials with the Hawaii Attorney General’s office arrested a father and his son Sunday for allegedly trying to use fake vaccination cards inside a Hawaii airport.

They were taken into custody at the Daniel K. Inouye International Airport in Honolulu once they arrived from California, according to ABC 6.h

“In reality, you’re taking a big risk and a big chance of falsifying documents that, in most states, getting the vaccine and PCR test is free, or of a nominal fee, and so why you would try and attempt that or do it through a falsified document, really you have to ask why,” Joe Logan, a representative with the Attorney General’s office, noted.

According to investigators, Trevor and Norbert Chung were arrested after a tip from an individual living in the community.

“The office reports they’re accused of violating the governor’s emergency proclamation order. Anyone caught trying to cheat the state’s ‘Safe Travels’ program could face up to a year in jail and a five-thousand-dollar fine,” KITV reported.

Journalist Stephanie Lum shared a photo Thursday of the two men, writing, “Norbert Chung and Trevor Chung are out on $2,000 bail and are scheduled to appear in court September 1st”:

According to the ABC report, investigators are working with federal officials to find the source of the allegedly fake vaccine cards.

Meanwhile, President Joe Biden is weighing vaccine mandates for interstate travel, according to a report from the Associated Press (AP) on Thursday.

“Still, while more severe [coronavirus] measures — such as mandating vaccines for interstate travel or changing how the federal government reimburses treatment for those who are unvaccinated and become ill with COVID-19 — have been discussed,” the article read, “the administration worried that they would be too polarizing for the moment.”

For now, the White House appears content to shame people who are unvaccinated while demanding private companies mandate them for employees, Breitbart News reported.

In Las Vegas, a woman gets aggravated with officers’ questions and is sent to a cell to calm down. A END_OF_DOCUMENT_TOKEN_TO_BE_REPLACED

Check out http://rocketmoney.com/law or scan the QR code on the screen to start managing your personal finances END_OF_DOCUMENT_TOKEN_TO_BE_REPLACED