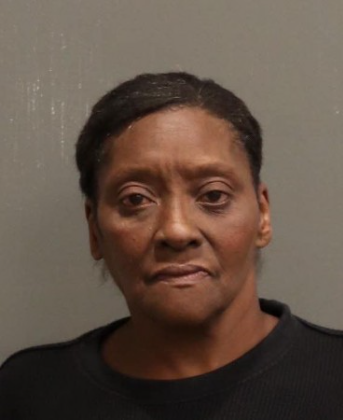 Fatal crash investigators tonight charged Linda Trice, 60, with vehicular homicide by intoxication, leaving the scene of a crash involving death, and driving on a revoked license in relation to this afternoon’s collision on Gallatin Pike S at W Due West Avenue that killed a man in a motorized wheelchair.

The victim is identified as Stephen Carmon, 60, of Madison.

The investigation shows that Trice was driving her Chevrolet Monte Carlo north on Gallatin Pike at 1:20 p.m. when she traveled almost completely onto the sidewalk and struck Carmon, who, it appeared, was waiting for a city bus. He died at the scene.

Trice kept going. Her car was found by officers later in the afternoon at an apartment complex on East Webster Street. As the car was being examined, Trice approached and admitted she was the driver. She told officers that something was thrown at her windshield, causing her to swerve. As she spoke, Trice smelled of alcohol. She showed clues of impairment while performing field sobriety tasks. A blood sample from Trice will be analyzed by the MNPD Crime Laboratory for alcohol content.

Trice is being held tonight in the Downtown Detention Center in lieu of $153,600 bond.

Mom in Florida shot by toddler during zoom call

Nearly three weeks after the Idaho student murders shocked the college town of Moscow, investigators have backtracked on some of END_OF_DOCUMENT_TOKEN_TO_BE_REPLACED