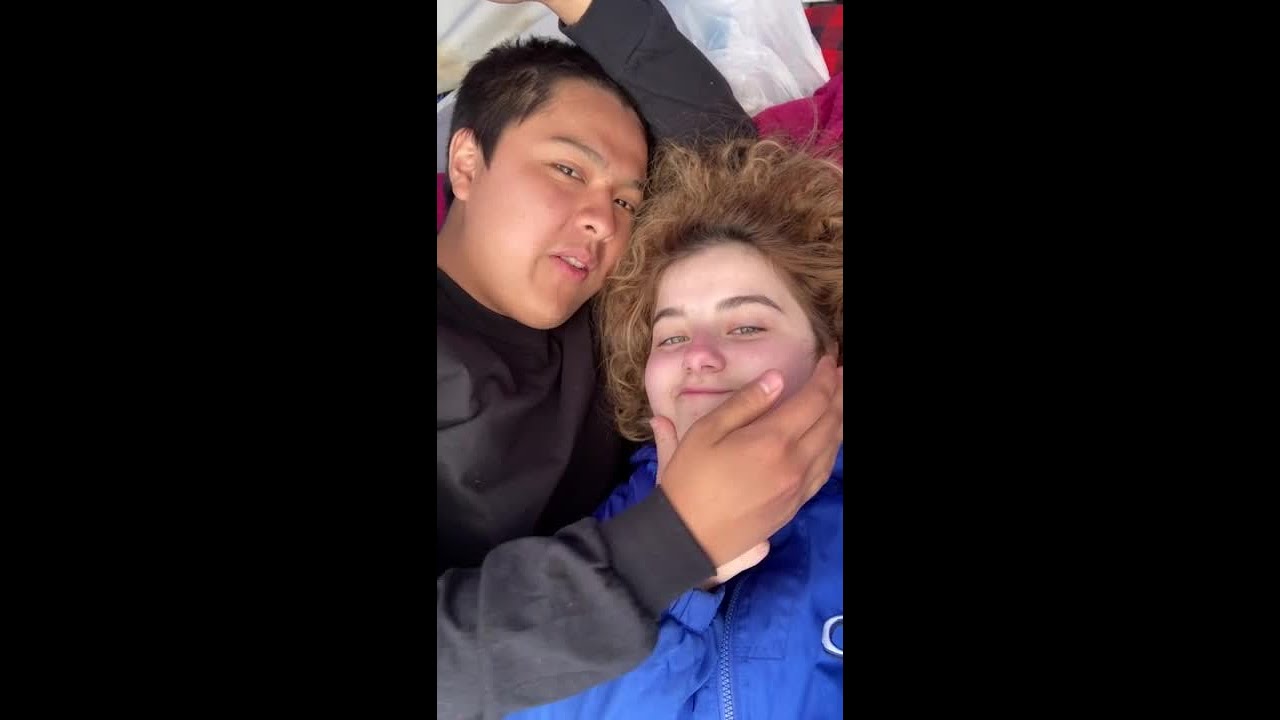 Aaron Guerrero, 18, and girlfriend Sierra Halseth, 16, can be seen on video, which is being presented in evidence by prosecutors in the case, talking about killing the girl’s father, Daniel Halseth, 45.

WARNING: The video above may be disturbing to some viewers Halseth and Guerrero are facing charges related to the death of 45-year-old Daniel Halseth, Sierra’s father.

A teenage girl and her boyfriend charged with killing her father in Las Vegas laughed about “murdering somebody” and then having lots of sex in a deranged cellphone video they recorded while still on the lam.

The shocking footage, obtained by KLAS, is being used by prosecutors as evidence against Aaron Guerrero, 18, and his 16-year-old girlfriend, Sierra Halseth, the daughter of a former Nevada state senator.

“Welcome back to our YouTube channel … Day 3 after murdering somebody …,” Guerrero, with a smirk on his face, says into the camera.

“Whoa! Don’t put that on camera,” Halseth replies while giggling.

“It was worth it,” Guerrero adds before pecking his girlfriend on the forehead.

The teen girl then brags how they “had sex a lot today,” which her boyfriend mumbles was “payment for doing it.”

He then softly slapped her face and put his hand around her throat, with Halseth pretending to choke before finally looking at the camera with her eyes wide, saying casually, “So, yeah.”