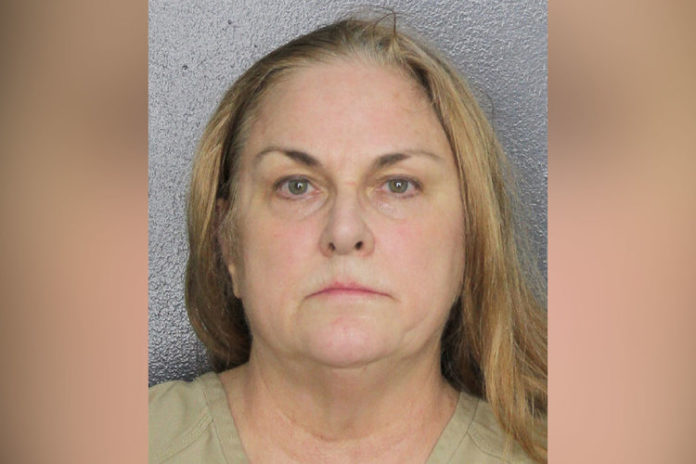 In early June 2021, Homicide Detective John Curcio received a tip from a retired law enforcement officer who said he was told that there was a body of a murdered man, Donald Marks Shoff, buried in the backyard of a home in Dania Beach.

On July 9, detectives and crime scene technicians located human remains at a residence in Dania Beach in the exact location where the individual told the retired law enforcement officer Shoff was buried.

On July 19, 2021, the Broward Medical Exam iner’s Office, with the assistance of an anthropologist, determined the victim had been shot in the back of the head. Additionally, detectives said the Pinellas County Forensic Lab confirmed on Aug. 4, 2021, the remains of the murder victim were consistent with being the biological child of Shoff-Brock’s mother.

Based on witness statements, evidence from the skeletal remains and DNA results, homicide investigators said they believe Shoff-Brock shot and killed her brother sometime in May 2014. They believe she shot the victim at a home in Hollywood and buried his body at the second location where the remains were recovered. Since the investigation is ongoing, homicide detectives are not releasing the addresses of the homes where they believe Shoff was shot or where his remains were recovered. The motive for the killing remains under investigation as well, although detectives said witnesses said the two often argued about money, and Shoff accused his sister of stealing money from him.

Shoff-Brock was arrested at approximately 3:30 p.m. Wednesday at her home in Tamarac. She is being held without bond and faces one count of first-degree murder.

Nearly three weeks after the Idaho student murders shocked the college town of Moscow, investigators have backtracked on some of END_OF_DOCUMENT_TOKEN_TO_BE_REPLACED