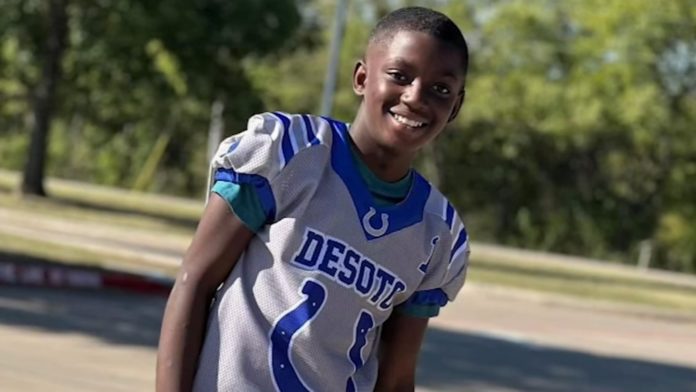 
DALLAS, Texas – A teenage was charged with murder on Monday after the fatal shooting of an 11-year-old boy who was hit by a stray bullet, as per the Dallas police.

The incident occurred on Sunday afternoon, when police received a report of a shooting at an apartment complex in South Dallas.

Investigation revealed that a fight broke out between two girls in the parking lot of the complex and one 14-year-old girl opened fire. He intended target was not struck but a bystander was.

The boy was taken to the hospital but died from his injuries.

The suspect fled the scene but was later apprehended and charged. She remains in custody at the Henry Wade Juvenile Justice Center.

A weapon was also recovered during the investigation.

The names of those involved in the incident are being withheld by the police due to their ages. Although, family identified the victim as De’Evan McFall.

A suspect was killed after being involved in two back-to-back shootouts with Arizona police on January 6 and 7. Authorities END_OF_DOCUMENT_TOKEN_TO_BE_REPLACED

A federal judge allowed a wrongful death lawsuit against Kyle Rittenhouse to proceed. Rittenhouse was found not guilty of shooting END_OF_DOCUMENT_TOKEN_TO_BE_REPLACED