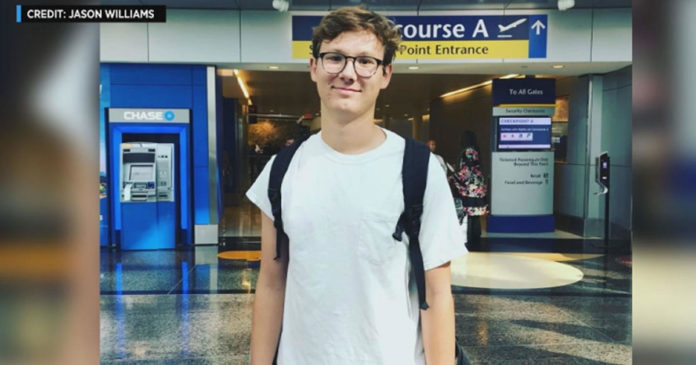 
A Brooklyn man has been arraigned on an indictment in which he is charged with murder for allegedly shooting an Indiana man who was sitting on a stoop in Bushwick, Brooklyn, killing him.

Brooklyn District Attorney Eric Gonzalez said, “Ethan Williams was a kind and compassionate young man who had his whole life ahead of him. His visit to New York City was the culmination of a lifelong dream and his untimely and unnecessary death is horrific and heartbreaking. I hope this prosecution brings some sense of solace to his family as we seek to bring this defendant to justice.”

The District Attorney identified the defendant as William Freeman, 26, of Gravesend, Brooklyn. He was arraigned today before Brooklyn Supreme Court Justice Vincent Del Giudice on an indictment in which he is charged with two counts of second-degree murder and two counts of second-degree criminal possession of a weapon. He was ordered held without bail and to return to court on February 24, 2023. The defendant faces up to 25 years to life in prison if convicted.

The District Attorney said that, according to the investigation, the victim, Ethan Williams, 20, an Indiana University student on his first visit to New York City, was sitting on a stoop at 42 Eldert Street, in Bushwick, with several friends with whom he was renting an AirBnB, on October 24, 2020, at approximately 2:30 a.m., when the defendant allegedly opened fire on the group. Ethan was struck in the chest and died of his wounds.

The defendant then fled the scene, according to the investigation. The defendant was arrested on November 3, 2022, in the vicinity of 480 Knickerbocker Avenue, in Bushwick, after a car in which he was a passenger was stopped by police. The defendant allegedly made statements admitting, in essence, that the defendant shot at the victim’s group because he mistakenly thought someone in the group was responsible for his cousin’s death a few weeks prior.