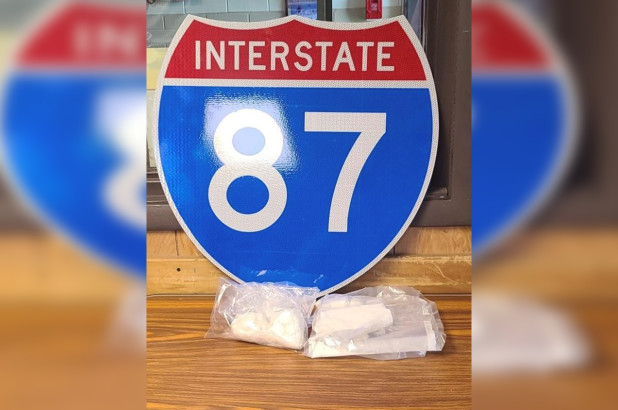 
Coxsackie, NY – A Bronx mother who was having her car towed due to driving on a suspended license, left behind a diaper bag with 25 ounces of coke inside.

On Tuesday, just before noon, State Police stopped a car on I-87 in the town of Coxsackie for a vehicle and traffic violation. A preliminary investigation determined that the driver of the vehicle, Shante Pleasant, 33, of Bronx, NY, did not have a valid driver’s license. Prior to towing the 2008 Dodge Charger, a vehicle inventory was conducted. During the inventory, Troopers discovered approximately 718.5 grams (25.3 ounces) of cocaine concealed inside her baby’s diaper bag. She was traveling with her 13-year-old and 7-month-old daughters in the vehicle.

Pleasant and her daughters were then transported to the Town of Coxsackie Court where the children were turned over to a relative. Pleasant was arraigned and subsequently remanded to the Greene County Jail to await a preliminary hearing scheduled for July 29, 2021 at 2:00 p.m.

Nearly three weeks after the Idaho student murders shocked the college town of Moscow, investigators have backtracked on some of END_OF_DOCUMENT_TOKEN_TO_BE_REPLACED