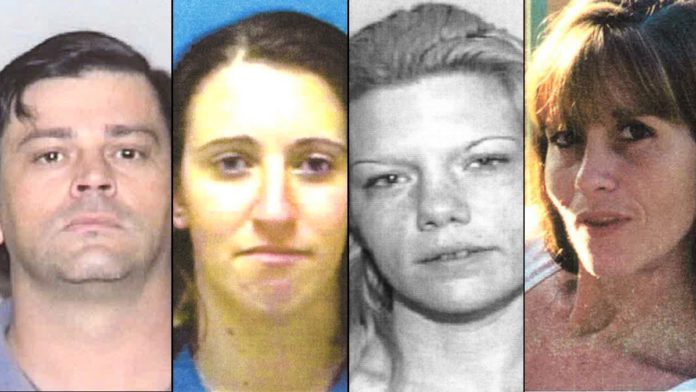 
BROWARD COUNTY, Fla. – Over a 14 month span in 2000-2001, three South Florida women were brutally murdered, their bodies publicly discarded. The cases made headlines but soon receded into the background. However, thoughts of the victims and what they suffered never left the minds of dogged homicide detectives from the Broward Sheriff’s Office and the Miami Police Department.

It took two decades of relentless investigative work, required intergovernmental cooperation at the highest levels across two continents and involved exhuming the remains of an individual to finally determine that the three women were murdered by a single person, a suspected serial killer.

Suspicion for Good’s murder fell on Roberto Wagner Fernandes, a Brazilian citizen who lived in Miami in the late 1990’s and returned to Brazil after Good was killed. The three cases shared similar fact patterns, and as detectives from BSO and Miami Police worked together, clues began to emerge. DNA evidence collected from all three crimes pointed to one as yet unknown culprit. Also, fingerprints from the evidence collected at two crime scenes were a match. But the identity of the killer remained a mystery.

A major break came in 2011 when DNA from the Miami homicide matched the unknown suspect DNA profile collected from the Broward County murders. Additionally, fingerprints taken from Fernandes following the death of his wife years earlier matched the fingerprints from the crime scenes. Investigators traveled to Brazil to attempt to take DNA evidence from Fernandes. However, they learned that Fernandes left Brazil for Paraguay and reportedly died in a plane crash there in 2005.

Yet, detectives were not ready to accept that the suspect in these violent crimes would escape justice. Investigators worked closely with the Brazilian National Police, the U.S. Department of Justice and the FBI to continue their investigation into Fernandes. Those efforts involved exhuming Fernandes’ body to determine if he truly was deceased and, if he was, whether he was a match to the evidence collected from the murders. At the very least, the victims’ families deserved those answers.

During late 2020 and early 2021, Fernandes’ grave was opened and his remains were found inside. Most importantly for the victims’ families, his DNA profile was consistent with the unknown suspect profile collected from the crime scenes of Kimberly Dietz-Livesey, Sia Demas and Jessica Good.

The identification of Roberto Wagner Fernandes as the killer of these three women proves that no matter how long, no matter how challenging the circumstances, the detectives, crime scene investigators, crime lab analysts and others who toiled on these cases, never lost pursuit of their shared goal – identifying the person responsible for taking these three lives. Detectives believe Fernandes is a serial killer, and they fear that part of this tragic story may sadly still be unwritten. Based on Fernandes’ violent behavior, he may be responsible for other murders committed in the U.S. Anyone with information is asked to contact Detective Zachary Scott at 954-321-4214 or contact Broward Crime Stoppers at 954-493-TIPS (8477) or online at browardcrimestoppers.org. You can remain anonymous.

Reward Up To $5 Million Offered For Alleged Fentanyl Dealer

Nearly three weeks after the Idaho student murders shocked the college town of Moscow, investigators have backtracked on some of END_OF_DOCUMENT_TOKEN_TO_BE_REPLACED