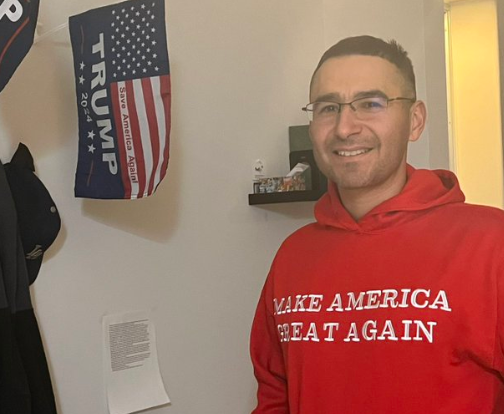 
NEW MEXICO – The Albuquerque Police Department (APD) has made an arrest in connection with a series of shootings targeting local Democratic politicians.

The police chief announced on Monday that Solomon Pena, a Republican candidate who had previously run for a House District 14 seat in the South Valley, had been taken into custody.

APD has arrested Solomon Peña for the recent shootings at local lawmakers’ homes. Peña, an unsuccessful legislative candidate in the 2022 election, is accused of conspiring with, and paying four other men to shoot at the homes of 2 county commissioners and 2 state legislators.

The APD had been investigating a total of six shootings that occurred between December 4 and January 5.

These incidents involved bullets being fired into the homes of Democratic elected officials or near their offices.

Some of the notable instances include: 8 shots fired into County Commissioner Adriann Barboa’s Southeast Albuquerque home on December 4, more than 12 bullets hit County Commissioner Debbie O’Malley’s North Valley home on December 11, and shots were fired at State Rep. Linda Lopez’s home on January 3, which went through her daughter’s bedroom as the 10-year-old slept.

The APD is also investigating whether shots fired near the campaign office for Raul Torrez as he ran for state Attorney General and near the office of State Sen. Antonio “Moe” Maestas were also connected to the string of shootings.

Trump just announced for 2024. I stand with him. I never conceded my HD 14 race. Now researching my options. pic.twitter.com/sKVHhxG9Vq

An inmate goes on a rampage when he suspects police officers lost his money. Officers have a tough time with END_OF_DOCUMENT_TOKEN_TO_BE_REPLACED

Andrew Tate and his brother, Tristan, are still being detained by Romanian authorities as they conduct their investigation into allegations END_OF_DOCUMENT_TOKEN_TO_BE_REPLACED

Prosecutors motioned the court to allow key testimony from witnesses who may have knowledge of Alex Murdaugh’s past crimes. The END_OF_DOCUMENT_TOKEN_TO_BE_REPLACED