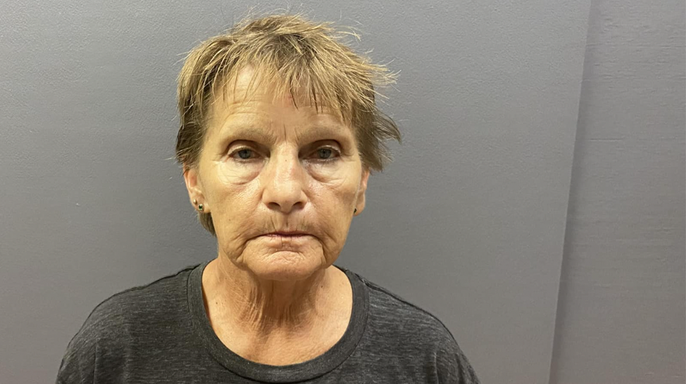 A mummified body that is believed to be the homeowner was found in the bathtub of the western Arizona home, police said

Police in Bullhead City, Arizona, were called to a home in the early hours of Saturday morning about a burglary in progress and discovered a mummified body in a bathtub at the scene.

Christine Lee Walters, 65, was allegedly located inside the home and arrested. Polices said it was the second time she had broken into the home this month and was in possession of the deceased homeowner’s birth certificate, IRS forms, ID, and credit cards.

Neighbors were initially suspicious when they noticed activity at the house around 3:30 a.m. because no one had seen the homeowner in a year and everyone assumed she moved away, according to police.

“There were pry marks on the door indicating forced entry into the home,” Bullhead City police said. “Police learned that Walters had also been to the residence on September 8 and removed purses, bags and clothing of the victim to attempt to sell online.”

Walters was also allegedly in possession of methamphetamine and drug paraphernalia. Drug charges are pending, according to police.

8 People Arrested For Human-Trafficking Migrants To The U.S.