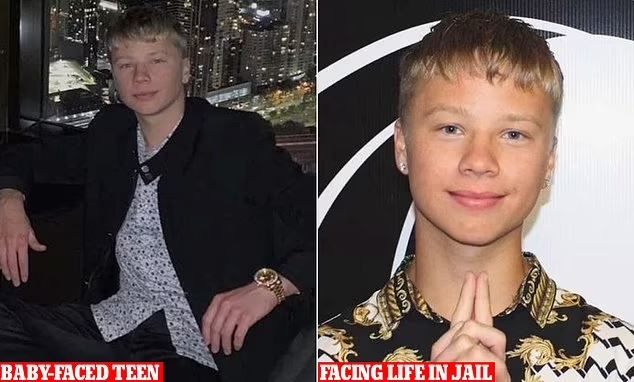 Apostle Broikos, 18, has been charged with manufacturing and trafficking drugs

A baby-faced teenager has claimed he’s too young to be kept in an adult jail as he faces life behind bars for allegedly trafficking drugs.

Apostle Broikos, 18, one of the youngest alleged associates of the crime syndicate Operation Ironside, was on May 19 charged with trafficking a large commercial quantity of a controlled drug in Yamba, northern New South Wales.

In a three-year collaboration with the Australian Federal Police, the operation has resulted in more than 250 arrests across Australia.

Broikos has also been charged with manufacturing and trafficking a controlled drug between January 1 and August 19, 2020.

Broikos faces a fine of up to $1million, life behind bars or both for the charges.

The former private school student from Adelaide’s St Ignatius’ College appeared in court on Thursday where he was remanded in custody for another two weeks – despite his lawyer arguing he should be released on bail due to his young age.

Broikos is the youngest South Australian to be allegedly connected to the sting.

Photos from his time at St Ignatius show him participating in various sporting teams.

His co-accused on the charges include his uncle Theodore Tasman Broikos, Mark James Press and Comanchero bikie boss Cain Robert Dalwood who remain in custody to await trial. 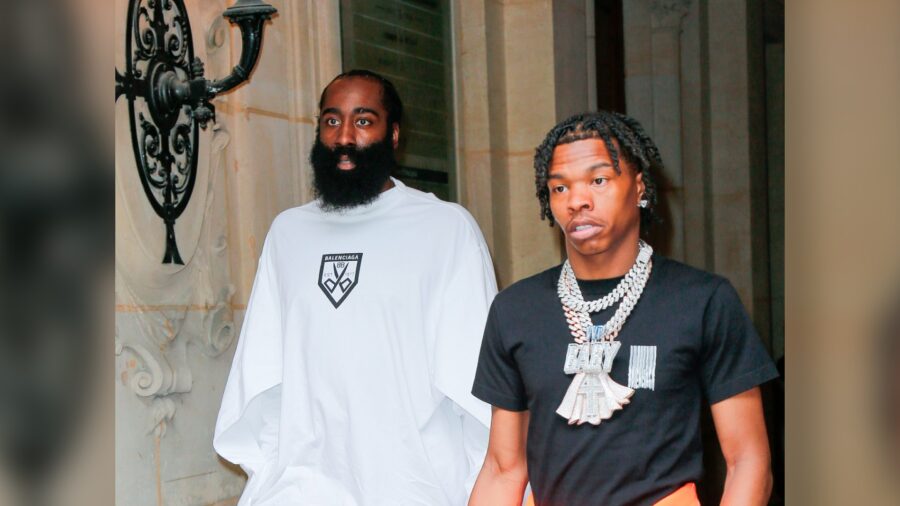 PARIS—Popular rapper, Lil Baby was finally released on Friday from Paris Police custody after he was fined for possessing cannabis in his car. While Lil Baby arrest in Thursday was a shock to alot of his fans, he was stopped along side NBA star James Harden who was only frisked.

After his release, the Grammy-nominated rapper from Atlanta posted on Instagram “I’m Good” and said that he was heading back to the United States.

According to a French police official who pleaded anonymity, Harden, Lil Baby and his bodyguard were stopped by a officers wearing plain clothes because a strong smell of cannabis was coming from their car.

Online videos of the incident shows un-uniform officer frisking a perplexed Harden while he holds his phone.

The official further revealed that Lil Baby initially decline the police request to search his car. The intensity of the situation led to the arrival of Uniformed officers who later found 32 grams of cannabis after searching his car, the officer added.

However, the prosecutor office disclose that Lil Baby and the bodyguard were released on Friday by fine. It was also discovered that they were taken into custody on suspicion of transporting drugs.

A student in the area described seeing the ruckus on what is normally a quiet avenue, lined with luxury boutiques. “I turned my head and it was unbelievable, I saw Lil Baby and James Harden … they are standing and are being frisked,” said the witness, Lance Avraham Pena.

Language appeared to pose a problem and police didn’t recognize the two Americans, said Pena, who filmed a bit of the scene.

A representative for Lil Baby refuse to grant audience for further questioning.

Meanwhile, the NBA star who had earlier posted photos online before the arrest of Lil Baby has not commented publicly since the incident.