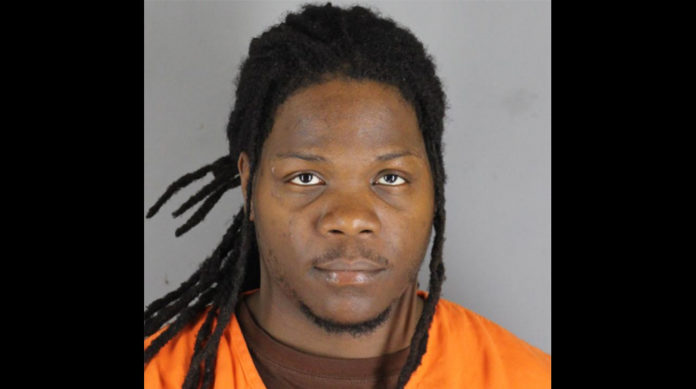 Alleged Serial Rapist Convicted In 1st Of 12 Cases In Minneapolis

On Aug. 9, a jury found Buckles guilty of first-degree criminal sexual conduct, first-degree aggravated robbery, kidnapping, felon in possession of a firearm, and second-degree assault for a criminal sexual assault that occurred on March 18, 2019. The jury also found heinous contributing factors which elevates the potential sentence to life without the possibility of release.

This is the first trial of 12 pending cases Buckles has with the Hennepin County Attorney’s Office, with charges including luring, robbing and raping 11 escort victims.

“Cases like these are tremendously difficult for the victims, and in this case, I hope the victim can find some closure and heal from the trauma,” Freeman stated.

“For the evidence, it clearly showed, and the jury agreed, that Buckles acted in a vicious, disgusting manner consistent with what our office believes him to be, a serial rapist. Our office will be seeking the most serious sentence allowed by law.”

According to the criminal complaint, a female victim reported that she had been sexually assaulted and robbed at gunpoint. Upon arriving, police spoke with the victim who was near 2400 3rd Ave. S. in Minneapolis, and she told them that she was chatting with a man named “Adam” who Buckles was impersonating on a texting app.

Buckles arranged for the victim’s transportation to meet him near his home. When the victim was dropped at the address Buckles had arranged for them to meet, he approached her, put his hand over her mouth and pointed a gun at her stomach. Buckles then forced the victim down an alley where he took her phone and told her to shut up, the complaint states.

Buckles then proceeded to sexually assault the victim, and forced her to record the incident on her phone. He then ran off with the victim’s phone, the complaint continues.

Police eventually found Buckles inside a car in the parking lot of his apartment, and he matched the description the victim provided. Officers removed Buckles from the car and located multiple phones that connected him to previous rapes, the complaint says.

Officers found a handgun and the victim’s cell phone in Buckles’ apartment.

Nearly three weeks after the Idaho student murders shocked the college town of Moscow, investigators have backtracked on some of END_OF_DOCUMENT_TOKEN_TO_BE_REPLACED