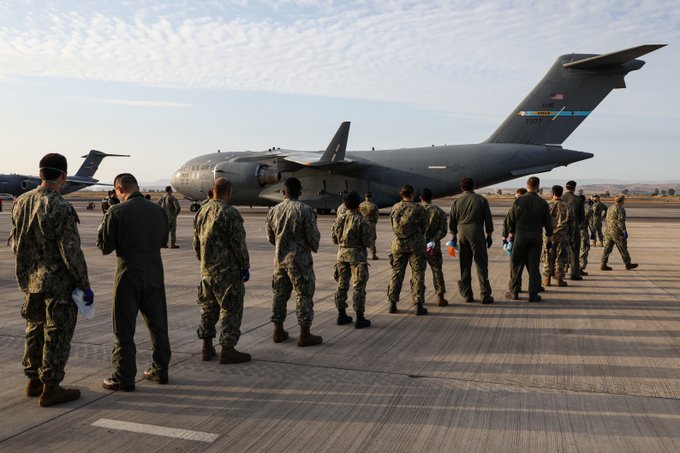 PHILADELPHIA – A baby on-board a flight of refugees from Afghanistan died shortly after landing at a Philadelphia airport Wednesday night, officials say. The C-17 was flying from Germany to Philadelphia.

According to U.S. Customs and Border Protection, the 9-month-old girl suffered a medical emergency and was unresponsive when the group landed at Philadelphia International Airport at 9:16 p.m.

The girl was transported to Children’s Hospital of Philadelphia and was pronounced dead at 10:10 p.m.

Local officials are investigating the incident.

Alex Murdaugh apparently met with his lawyer, law partners, and relatives for a meeting three days after the murders of END_OF_DOCUMENT_TOKEN_TO_BE_REPLACED

A viewer asked what “mind-blowing” revelations have come out of Alex Murdaugh’s family murder trial since it began. Eric Bland, END_OF_DOCUMENT_TOKEN_TO_BE_REPLACED