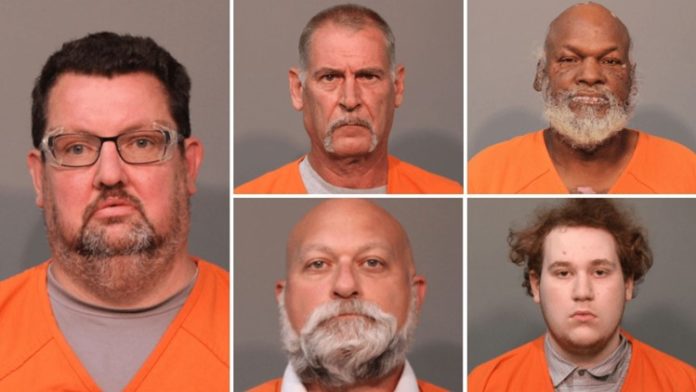 
YORK COUNTY, SC – Five more potential child predators have been arrested from Operation Home Alone. The five additional arrests come after further follow up investigation of the suspects that did not travel to perpetrate sexual crimes, but did commit criminal offenses online. The charges include; Sexual Exploitation of a Minor 1st Degree, Criminal Sexual Exploitation of a Minor, and Dissemination of Obscene Material to a Person under the age of 18.

“Let this send a strong message to any child predator, if you hunt our children you will become the hunted,” said Sheriff Kevin Tolson.

The five arrests are in addition to the ten arrests made in April 2021. Back in March 2021, the York County Sheriff’s Office along with 13 other state and federal law enforcement agencies participated in an online child exploitation investigation called “Operation Home Alone”.

The operation took place at several different locations including an undisclosed residence. The York County Sheriff’s Office is part of the Internet Crimes Against Children (ICAC) Task Force with the South Carolina Attorney General’s Office which work together to track down, identify and prosecute those individuals who prey on children.

The investigation is now concluded.