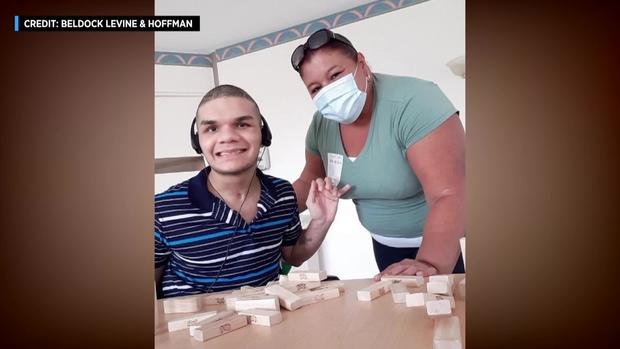 District Attorney Clark said, “The defendants ignored their duty as Correction Officers to maintain custody, care and control of the person incarcerated, by allegedly waiting nearly eight minutes until they rendered assistance to the inmate whom they saw hanging. The young man is now living with extensive brain damage.”

DOI Commissioner Strauber said, “As alleged, these four Correction Officer defendants failed to provide aid to an inmate who attempted suicide in a holding cell at Rikers. They delayed assistance or intervention for nearly eight minutes, despite their observations of the inmate, and other inmates’ pleas for help. These officers violated Department of Correction regulations, which required them to protect that inmate, and they broke the law, as charged. DOI thanks the Bronx District Attorney’s Office for its partnership on this investigation.”

According to the investigation by the Department of Investigation and the Bronx District Attorney’s Public Integrity Bureau, the victim, Nicholas Feliciano, then 18 years old, was inside Intake Pen 11 in the George R. Vierno Center on the night of November 27, 2019 when he tied two sweatshirts to the ceiling of the holding cell and wrapped them around his neck. Feliciano stood on the privacy partition, crouched down, then stepped off the partition, causing the sweatshirts to constrict his neck. Feliciano’s body shook and twisted for approximately two minutes until he went still.

According to the investigation, over the course of seven minutes and 51 seconds, DOC staff and other personnel can be seen on surveillance video walking past Feliciano and taking no action to cut him down or render aid. Defendants Hood, Wilson, and Fullerton were on post in the Intake, and their supervisor at the time was Captain Henry. Henry, Fullerton, and another Correction Officer ultimately attempted to cut Feliciano down, and the victim fell to the ground, limp. They began CPR and called for medical assistance. Feliciano suffered significant brain damage and is currently in a rehabilitation center.

Nearly three weeks after the Idaho student murders shocked the college town of Moscow, investigators have backtracked on some of END_OF_DOCUMENT_TOKEN_TO_BE_REPLACED