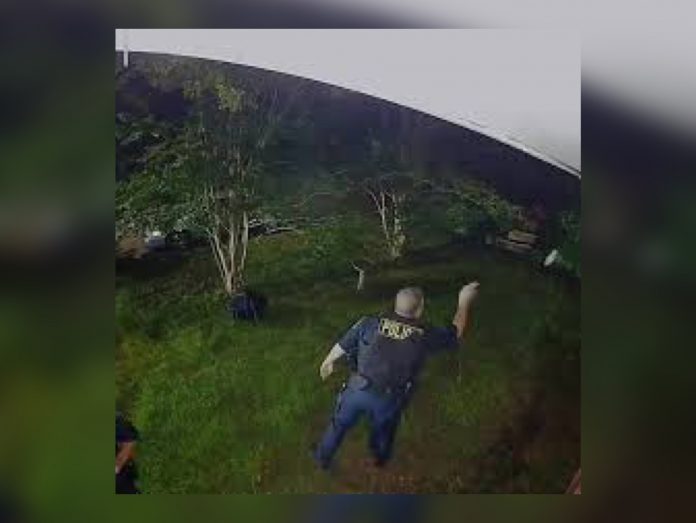 Tomeshia Madden reported to West Point Police Department that Officer Bramblett threw one of her security cameras into some bushes beside her house. Officers were originally at her home to execute a search warrant for her son when the footage was captured. She also filed a complaint with the department’s clerk.

In the video, one of the officers identified as officer Bramblett was heard using a racial slur while other officers were standing nearby. Then you can see him throwing Madden’s security camera in the bushes.

“Can someone explain to me why he would do this?” Madden said in her caption with the video. The video ended up getting over 10,000 views.

The West Point Police Department released a statement regarding the incident that took place.

“We have been made aware of a video circulating on social media involving one of our officers. Ofc. Bramblett has been placed on administrative leave pending further investigation. Nothing further at this time.”

This is a developing case.