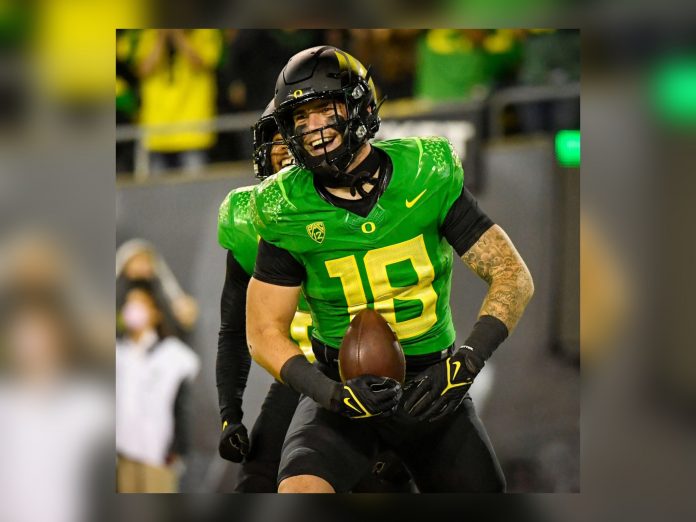 
University of Oregon football player Spencer Webb has died after falling and hitting his head, stated the Lane County Sheriff’s Office in Eugene, Oregon, on Wednesday.

Close to 2:30 p.m., authorities arrived to the scene after receiving a call regarding someone who was hurt.

They then discovered that Webb, a 22-year-old tight end, and been out in a location of rock slides, west of Triangle Lake, when he fell and hit his head. It has been called a cliff-diving accident.

Witnesses say that authorities attempted to revive Webb, but they were unsuccessful.

“There is no evidence of foul play, and his death appears to be accidental,” stated a deputy.

Webb was from Sacramento and attended Christian Brothers High School. He was in his third year at University of Oregon.

“Doomsday Cult” dad Chad Daybell seeks to delay his trial and separate it from his wife Lori Vallow Daybell’s. The END_OF_DOCUMENT_TOKEN_TO_BE_REPLACED