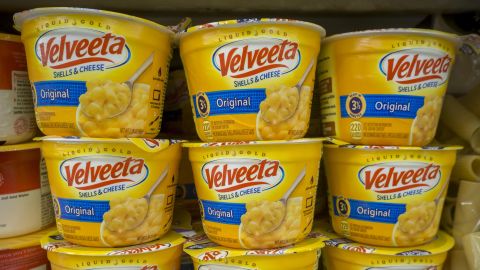 
A woman in South Florida has filed a lawsuit against Kraft Heinz. She cites that the food manufacturer deceived her and other customers. This was done by stating that its Velveeta Shells and Cheese items only take 3 and 1/2 minutes to be ready to consume.

The possible class-action lawsuit was filed in U.S. District Court in Miami. It is related to Kraft’s microwavable single serve cups of macaroni and cheese.

The packaging on the item states that the item is ‘ready in 3 and 1/2 minutes.’ However, Amanda Ramirez, the primary plaintiff, has said that it is ‘false and misleading.’ She adds that the food takes longer than that to be ready.

The label notes that there are four steps to take when getting the item ready. The lid has to be taken off, cheese sauce pouch opened, adding of water and stirring, and microwaving the cup.

Ramirez states that 3 and 1/2 minutes only comprises one of the steps. She says that their statement would be correct if it said that only cooking the cheesy pasta shells  takes 3 and 1/2 minutes in the microwave.

The lawsuit is seeking $5 million in damages. It documents that the Shells & Cheese Cups cost about $10.99 for eight 2.3-ounce cups. Thus, a customer may not pay that price if it was advertised correctly.

Kraft Heinz has said that the lawsuit is meritless.

“We are aware of this frivolous lawsuit and will strongly defend against the allegations in the complaint,” the company said in a statement.

On this episode of “Prime Crime with Jesse Weber,” he takes us through the bizarre case of Anthony Todt, a END_OF_DOCUMENT_TOKEN_TO_BE_REPLACED

Andrew Tate and his brother, Tristan, were arrested in Romania a month ago for allegations of human trafficking and organized END_OF_DOCUMENT_TOKEN_TO_BE_REPLACED