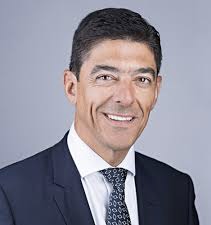 
On Friday, Gustavo Arnal, 52, died after falling from a building in Manhattan, New York. He was the chief financial officer and executive vice-president of Bed, Bath & Beyond.

Around 12:30 p.m., authorities responded to calls of an unresponsive person, close to Leonard Street and West Broadway. They then discovered that Arnal was besides the so-called Jenga building. He was observed with wounds that were “indicative from a fall from an elevated position.”

“I wish to extend our sincerest condolences to Gustavo’s family. Gustavo will be remembered by all he worked with for his leadership, talent, and stewardship of our company…,” said Harriet Edelman, a member of the board of directors.

Authorities say that Arnal jumped from the 18th floor of his high-rise apartment, and his wife observed him doing so.

In 2020, Arnal became a part of the Bed, Bath & Beyond team. Prior to this, he was employed with Avon cosmetics, Walgreens Boot Alliance, and Proctor & Gamble.

An investigation into Arnal’s death is continuing.

On Wednesday, Bed, Bath & Beyond announced that they would be closing some stores and laying off many employees, in order to save $250 million, this fiscal year.

“Doomsday Cult” dad Chad Daybell seeks to delay his trial and separate it from his wife Lori Vallow Daybell’s. The END_OF_DOCUMENT_TOKEN_TO_BE_REPLACED