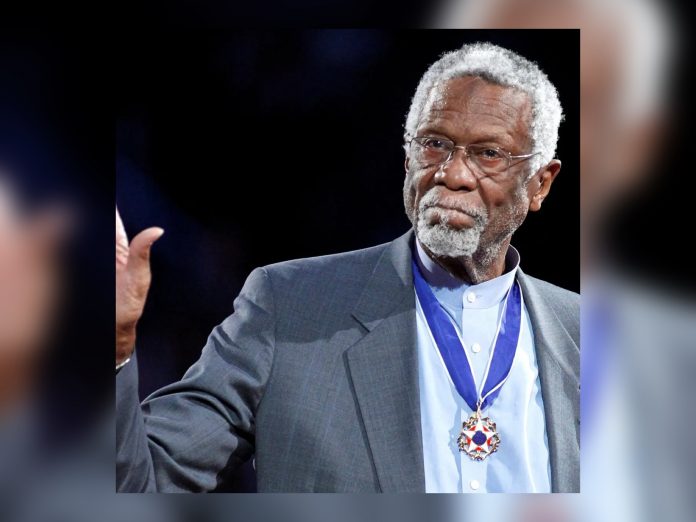 “Bill Russell, the most prolific winner in American sports history, passed away peacefully today at the age of 88 with his wife Jeannine, by his side. Arrangements for his memorial service will be announced soon,” a statement read.

Russell helped the Boston Celtics win 11 NBA championships. No player has won this many titles in the history of the NBA. This included two as a player-coach in 1968 and 1969 subsequent to becoming the first Black coach in North American professional sports in 1966.

Russell is thought to be the first Black player to reach superstar level in the NBA. This was because he was named the NBA MVP five times and a NBA All-Star 12 times. He also had the most rebounds in the NBA four times and was the second all-time in total rebounds and rebounds each game.

In 1955 and 1956, Russell was a NCAA champion while in college at San Francisco. Additionally, in the 1956 Summer Olympics, he earned a gold medal for Team U.S.A.

Bill Russell was inducted to the Basketball Hall of Fame as a player and a coach.

In 2021, he was awarded the Presidential Medal of Freedom because of his achievements in basketball and as the Civil Rights Movement took place. This was given by then-President Barack Obama.

“Bill Russell was the greatest champion in all of team sports. The countless accolades he earned for his storied career with the Boston Celtics…only begins to tell the story of Bill’s immense impact on our league and broader society,” stated NBA commissioner Adam Silver.

LAPD Releases Video Where Man Was Shot In The Face With .40mm Less-Lethal At Illegal Concert

California police are searching for 16-year-old Kiely Rodni after she disappeared after a large party over the weekend. Plus, a END_OF_DOCUMENT_TOKEN_TO_BE_REPLACED