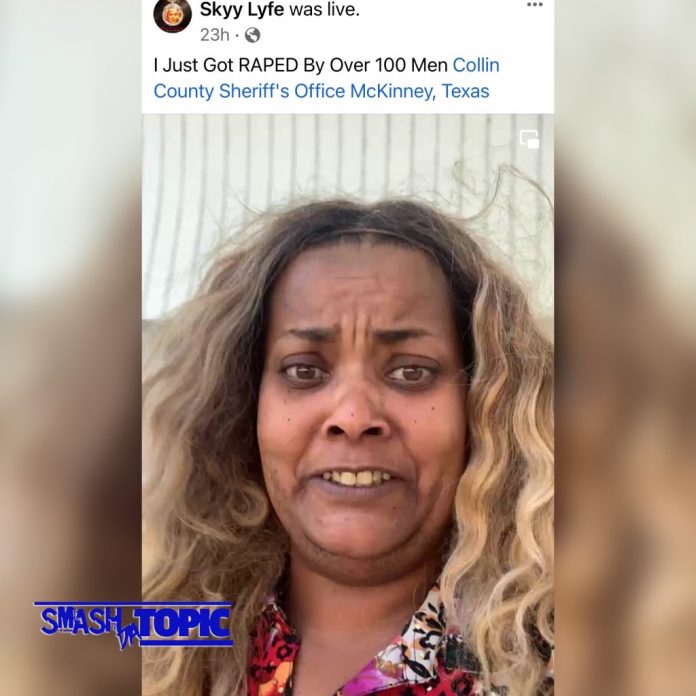 Accusations Of Woman Being Sexually Assaulted While In Collin County Jail

A video has surfaced with a woman claiming to have been sexually assaulted by multiple men inside a Collin County jail.

A woman that goes by the name Skyy Lyfe on social media was allegedly arrested for a ticket and placed inside a cell with 100 men. She also claims that she was naked with no clothes and raped repeatedly for two days.

Once released Skyy was taken to a local hospital where she suffered severe physical body damage. Her sister also said a police report was also filed in regards to the incident.

The Smash Da Topic team reached out to Collin County jail by email Saturday afternoon. Sunday morning they responded and said they are aware of the allegations and that none of the accusations were true on social media. They also stated that the woman was treated very well during her brief stay in their facility.

Collin County officials said if that is true and a report was filed they are willing to fully cooperate with any review into this matter.

This story is developing and will be updated as it evolves.


Accusations Of Woman Being Sexually Assaulted While In Collin County Jail