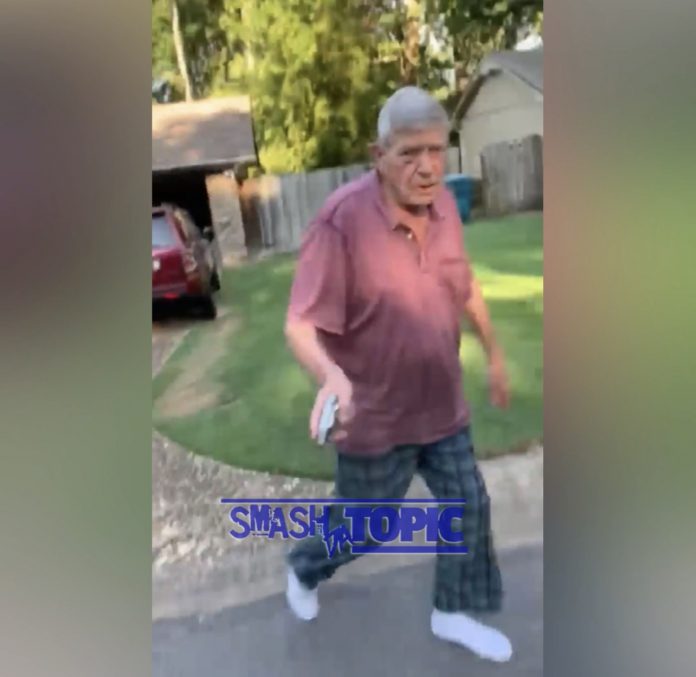 
According to reports, officers responded to a suspicious person call at 11922 Pleasant Tree Drive.

Upon arrival they encountered one of the callers Robert Harshaw, who was a worker for Comcast. He explained to authorities he was installing a cable line at an address on Pleasant Tree Drive when Budd Dorris put a gun to his head.

Dorris then told Harshaw to identify himself before he blew his brains out.

Apparently Harshaw had knocked on Dorris’s front door and then went around back when no one answered because he needed to access his backyard to reach a cable line.

Harshaw then went on to say that Dorris followed him to the roadway with the gun to his head until an unknown person got him to put his weapon down. Once he lowered the gun Harshaw said he ran to the end of the street to wait for authorities to arrive.

Authorities then went and detained Dorris for questioning. Dorris requested a supervisor to the scene.

Once Sgt. Thomas arrived to the scene Dorris was transported to the 12th Street Detective Office for questioning and was then arrested and transported to PCRJ for booking.

An inmate goes on a rampage when he suspects police officers lost his money. Officers have a tough time with END_OF_DOCUMENT_TOKEN_TO_BE_REPLACED

Andrew Tate and his brother, Tristan, are still being detained by Romanian authorities as they conduct their investigation into allegations END_OF_DOCUMENT_TOKEN_TO_BE_REPLACED

Prosecutors motioned the court to allow key testimony from witnesses who may have knowledge of Alex Murdaugh’s past crimes. The END_OF_DOCUMENT_TOKEN_TO_BE_REPLACED